Where were you when the lights went out? I am old enough to remember the famous 1977 New York City “Blackout” when all the lights went out in the Big Apple. In fact, I am so old, I remember the great blackout in Egypt, when a thick thick darkness covered that polluted that immoral land – except for Goshen where the Jews had light. But it wasn’t good news for the Jews. In his commentary to the Torah, Rashi informs us that 80 percent of the Jews in Egypt were stricken to death during the plague of darkness because they didn’t want to leave the cesspools of Egypt and go to the Land flowing with milk and honey. They wanted to remain in the strange and vile land, always trying to please the Egyptians and be accepted as one of the crowd.

Embarrassed at His children for turning their backs on the Promised Land, the wonderful gift that He had bequeathed to their forefathers, Hashem brought a three-day blackout over the land of Egypt so the gentiles wouldn’t see the embarrassment of His people refusing to obey His command. In the thick darkness, while no one could see the disgrace, Hashem smote that tragic, misguided 80% and hurried with their burial so that the goyim wouldn’t be witness to the incredible boosha and disgrace.

Truly, it was a terrible blow. There were Jewish doctors who died. And distinguished Jewish professors. And top-notch Jewish businessmen and artists and rabbis. And talented writers and bloggers who could string sentences together about all sorts of things. They were all smart people who just didn’t get the message. They didn’t want to. They wanted to stay in the fleshpot of Egypt. In the darkness. In their darkness. Not even Moshe could open their eyes. Oh, how he tried! Day after day. But they didn’t want to listen. Not to Moshe and not to Hashem. And certainly not to Tzvi Fishman. 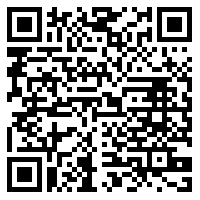