Omer Yankelevitch is Israel’s Minister of Diaspora Affairs and a member of the Blue and White Party. She is also a charedi Jew. Indeed, she’s the first female charedi minister in Israel’s history. Before entering politics, Yankelevitch worked as a teacher, attorney, and legal mediator and is the founding director of the Just Begun Foundation, an art-focused NGO.

She and her husband, Yaron, live in Beit Shemesh with their five children, and she’s currently visiting the United Sates to learn more about the challenges facing American Jewish communities.


The Jewish Press: Why did you decide to enter politics?

Yankelevitch: My goal was never politics. It was always making an impact. I started my professional path as a teacher. I enjoyed teaching but felt that my true calling was to work in creating structural change within Israeli society – particularly on behalf of minority communities. I believed that becoming a lawyer would open the door for such work.

As a lawyer, I started to come across more and more Israeli citizens who had creativity and skill but lacked resources and opportunities. In response, I created an organization called the Just Begun Foundation. Through my work at this foundation, I connected with Benny Gantz who invited me to join his party.

At first I declined, but he convinced me it was an opportunity to make a greater impact on Israeli society. I, of course, discussed it with my husband and family, and they were very supportive. Then, with the beracha of my rabbi [Rabbi Yitzchak Zilberstein], I entered politics.

A charedi woman in Israeli politics is a rarity. What has the experience been like?

When I entered the Knesset, I was put under a magnifying glass because of who I am – both from secular and charedi society. Instead of evaluating my professional achievements, each side questioned my suitability and tested me.

Today, my place as a charedi woman in a secular party is actually an advantage. I’m able to serve as a bridge within Israeli society as I’m uniquely able to speak to everyone and bring about dialogue based on my position.

Why did you choose the Blue and White party instead of a political party with a more religious foundation?

Blue and White was founded on the ideal of unity. From its outset, Benny Gantz argued that we must all come together to re-instill and strengthen the tolerance and solidarity that has long been a fundamental pillar of Israeli society. This message of achdut is sadly far too absent in Israel and the world today.

I was drawn to this mission, and I believe that instead of focusing on the issues that divide us, we should concentrate and develop the many beautiful things that connect us and make us one Am Yisrael.

Why did you decide to leave the Blue and White party and not run in the coming elections? Is it true you disliked Gantz’s anti-charedi and anti-settlement shift.

I joined Blue and White because I believed in its message of unity and understanding. But over time, it became clear that there were differences of opinions within the party.

Regarding the upcoming elections, I was offered a high position in Blue and White’s list, as well as opportunities in several other parties. However, I ultimately decided to take a pause and refocus before making my next move.

As Minister of Diaspora Affairs, what are some of the things you’ve learned about world Jewry?

I have also learned that while Israel is centrally important to all Jewish communities, there is unfortunately a general sense that the relationship could be stronger. With no central address to turn to, many Diaspora communities feel that Israel is not there for them and that they are not being heard.

To address this chasm, we must bolster the opportunities for mutual dialogue and consultation. In recent months, my ministry has held a series of round tables with over 150 Jewish leaders from around the Jewish world.

Some people have criticized the new Israel-Diaspora Program you helped initiate, saying it’s more of the same and that all of the Jewish education in the world won’t stop assimilation as long as Jews remain in non-Jewish countries surrounded by foreign cultures.

The Diaspora Affairs Ministry does not maintain the outlook of shelilat hagolah. Since the days of the writing of the Babylonian and Jerusalem Talmuds, Jewish life in Israel and the Diaspora have only complimented each other, existing together harmoniously.

Israel’s role as the nation-state of the Jewish people is to support Jewish communities worldwide and help ensure their vibrant futures. Since assimilation is currently challenging community resilience, we must work together with world Jewry to counteract this concerning trend.

Despite all the Israel-Diaspora Jewish identity programs and free Birthright trips to Israel, assimilation and intermarriage rates have increased dramatically in recent decades. Many claim aliyah is the only viable solution, but the Ministry of Diaspora Affairs says aliyah is not its business and the Jewish Agency is afraid to upset Diaspora Jews by making a strong pitch for Jews to move to Israel. What’s the solution?

There is an entire ministry that directly deals with aliyah. The State of Israel is the nation-state and eternal homeland of the Jewish people and as such, aliyah is a central pillar of our mandate. Israel has and will always continue to encourage aliyah and is ready to assist and welcome all new olim with open arms.

In your opinion, should the Law of Return be amended in line with halacha?

A question such as this is not within the ministry’s mandate. I believe that there are numerous consensus issues that must be dealt with in the here and now.

Will we see you back in politics?

The future is bright. B’ezrat Hashem, I am just getting started. 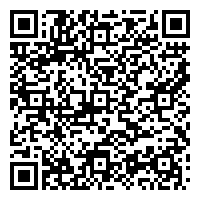