On Tuesday afternoon, March 16th, Knesset Member and former Transportation Minister Bezalel Smotrich sat down with Rabbi Sholom Gold and Rabbi Meyer Fendel to discuss the different needs of Olim in Israel. Rabbi Gold and Rabbi Fendel are both Olim themselves who have established Jewish communities throughout the world.

During Tuesday’s discussion, Rabbi Gold spoke about how Eretz Yisroel has been built through many trials and tribulations. He compared them to various challenges he faced building a community for Americans in Har Nof forty years ago. He discussed the difficulties Olim face when they arrive in Israel, such as cultural gaps, language barriers, and finding a parnassah (making a living).

Rabbi Gold stated that in American Jewish communities there isn’t sufficient Zionist education instilling a love for the state of Israel in the Jewish people. He believes a deep love for the Land of Israel is necessary for one to flourish. He quoted Rav Yitzchak Hutner who, after one of his trips to Israel, said: “I saw it, I dwelled in it, but I did not buy it, because it is bought through tribulations.”

Bezalel Smotrich showed great appreciation for the journeys Rabbi Gold and Rabbi Fendel made to live in Israel and help lay down roots for Jews from North America. He was grateful for the paths these two Rabbis helped carve in Israel, as each inspired their sons to follow in the fathers’ paths. Rabbi Dov Fendel lives in Sderot and Rabbi Menachem Gold resides in Afula.

Bezalel said, “I have worked with Rabbi Doron Peretz, who is head of the Mizrachi movement, over the past couple of years to help Jews around the world develop a love for the State of Israel and to strengthen that love of those who have already made Aliyah.” He discussed the finances he has helped secure for different organizations that aid Jews from around the world connect with Israel.

Bezalel believes Israel needs to be prepared for the hundreds of thousands of Jews that are going to make Aliyah in the coming years. He said, “I think that there is a possibility right now to bring hundreds of thousands of Jews to Eretz Yisroel. Although a large number of them are from Europe, there are also many from the United States. The election of Joe Biden is very concerning. The Progressive Democrats are happy with the result, but the Orthodox Jews residing in the United States are not. Even those that are very comfortable financially in the U.S. are worried what is going to happen. We need to figure out what Israel can do to help American Jewry make Aliyah.”

Bezalel spoke about Israel’s role on the world stage, which is bolstered by a strong economy with Israel at the forefront of technological developments. He discussed how Israel has become a more religious country in recent years and how a love for the Land of Israel has enabled a successful return to Judea and Samaria. Bezalel was glad that Jews from all over the world will soon be coming home to help propel Israel further forward. He is eager to help Olim take part in all that Israel has to offer.

Towards the end of the meeting, Rabbi Gold asked Bezalel what was his plan to “fix the country.” Beztalel said, “We need a big Religious Zionist party that has a clear vision, that will [with G-d’s help] be a part of a strong nationalistic government. Our party will do a lot of great things.” He concluded by saying, “First and foremost, our party will help repair the Judicial System that has been a source of many issues. Additionally, we will strengthen the Jewish Identity, the settlement movement throughout Israel, and the Torah and Yeshivot.”

Rabbi Gold and Rabbi Fendel gave a parting Bracha, “Both of us are blessing Bezalel like the original Bezalel who built the Mishkan of Am Yisroel that you have a big and important job with lots of hatzlacha.”

In 1982, Rabbi Shalon Gold made Aliyah and also settled in Har Nof, where he founded Har Nof’s first English speaking shul. Rabbi Gold currently lives in Jerusalem and is the Dean of the Avrom Silver Jerusalem College for Adults at the OU Israel Center. For the past decade, Rabbi Gold has been at the forefront of the struggle for Eretz Yisrael. He was one of the founders of the Ichud Harabanim L’maan Eretz Yisrael V’am Yisrael, under the guidance of the Chief Rabbis Avraham Shapira z”l and Mordechai Eliyahu z”l. And lastly, his shiurim, the “Rabbi Gold’s Tapes” have been an inspiration to countless families who have made Aliyah. 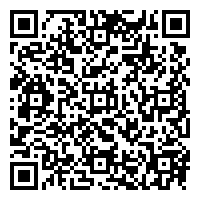