I don’t know how many of you noticed this quite unusual story in the news. A new Ethiopian immigrant to Israel, just off the plane, went to visit a sick relative in one of Tel Aviv’s major hospitals. Not knowing Hebrew, he got lost in the big hospital and wandered into the surgery theater. Thinking he was an orderly, no one paid any attention as he walked into one of the operating rooms where a patient was undergoing brain surgery. The Ethiopian watched in horror as one of the surgeo’s raised a small electric saw and proceeded to slice open the patient’s cranium. With a scream, the new Ethiopian immigrant charged at the doctors to stop them. He thought they were killing the patient when, in fact, they were trying to save his life.

Of course, this incident didn’t really happen, but I’m using it to make a point. Some readers have accused me of “Sinat Chinam,” gratuitously hating my fellow Jews because I highlight the shortcomings of Jewish life in the Diaspora. Nothing could be further from the truth. I love all Jews: religious and not religious, Israelis and Diasporians, rightists and leftists.


People who know me can testify that I am not the cruel monster that some readers accuse me of being. On the contrary, just like the surgeon in the story, I am trying to save people’s lives. Out of my passionate love for all Jews, especially my brothers and sisters lost in the darkness of galut, where I was once lost like them, I am doing my best, with the skills that the Almighty has given me, to help them see the light.

Unfortunately, sugar-coated aspirin and a moist compress won’t help someone who has spent his life in an alien gentile land and doesn’t know that there is something better. A band-aid and sweet tasting syrup won’t help a Diaspora Jew who has been taught a truncated, distorted, watered-down version of Torah. In cases like this, immediate and massive intervention is needed. Sometimes an entire brain transplant may be called for.

I am not only speaking about the average Diaspora Jew who doesn’t know better, because he was never taught that a Jew’s real place is in Israel, and because the darkness and spiritual pollution of the exile prevents him from grasping this clear message from a simple, straightforward reading of the Torah. He isn’t to blame. No one ever told him the truth. I am also speaking about the Diaspora Jew who studied in yeshiva, considers himself Orthodox, even Haredi, yet still thinks that the goal of Judaism is to build magnificent Jewish communities in foreign gentile lands.

There are even those who are so mentally confused that they try to discourage others from coming to live in Israel. It isn’t enough to speak nicely to them, and show them pretty pictures of Israel, and to point out the endless Torah verses commanding the Jewish People to live in Eretz Yisrael. These extreme cases have so internalized their gentile surroundings, cultures, and upbringing, they think like the goyim. They may speak Yiddish, but instead of a “Yiddisha kup,” they have a “goyisha kup.” Instead of following the Torah, they follow themselves. To save them, an electric saw is needed.

The saddest thing is, because of the terrible darkness of galut, and years of yeshiva study which removed the Land of Israel from the curriculum, they don’t even recognize that they have a problem. In their minds, all of the Jews who are dedicating their lives to the rebuilding of the Jewish People in Israel are wrong, and they, in their glass glatt kosher castles are right. To their distorted way of thinking, even God was wrong in establishing the State of Israel the way He did – they would have done it differently.

So they get angry at me when I point out the error in what they’ve been taught – or when I stress things that they never learned. Just as a patient with severe schizophrenia sees his psychiatrist as an enemy, they misinterpret my attempts to help them for hate.

But just as a psychiatrist doesn’t give up when his patient lashes out at him, because the physician knows better, I won’t give up trying to help these confused but beautiful souls. I know better because I was once severely brain damaged myself, when I was in New York and Los Angeles, a stranger in a strange land, with the head of a goy, believing I was an American like everyone else. Then, with the grace of the Almighty, I underwent a successful brain transplant, so I know what it’s like to live in darkness, and that’s why I want to help.

So, while my writing may be blunt and painful to some, I don’t blame the Jews in the Diaspora for their misunderstanding of what the Torah is really all about. Like I said, by and large, they simply don’t know that they should come on aliyah. No one teaches them. Not their Rabbis, not their high-school yeshiva teachers, not their shul presidents, not the sisterhood, nor the Federation, not their parents, no one. So, they simply don’t know that the true goal of Judaism is to establish the Kingdom of God in the world via the Jewish People leading a Torah life in Israel, not in the United States of America.

Even in the books they read about Judaism, Eretz Yisrael has been deleted. Take a look at a few indexes of the most popular “frum” books in English on Jewish Philosophy. You won’t find a word about Eretz Yisrael.

True, an Internet surfer might be carried by a wave one day to the Internet edition of The Jewish Press or Arutz 7, where he may be confronted with the importance of aliyah, but not having heard about this great foundation of Judaism from his teachers and parents, he is likely not to take it to heart at all.

For this reason, the Jews of the Diaspora are like “children who were kidnapped and raised amongst the gentiles.” This category usually applies to Jews who were never taught about Judaism. Not having been exposed to the tenets of the religion, unfortunate Jews like these can’t be expected to keep the Torah’s laws, because they have never heard of them. The secular Zionists pioneers in Israel fall into this category, as do the secular Russian Jews in Israel today. Even though they have all heard of the Torah, they never had anyone sit down and teach them, so it is something foreign to them, like Chinese. This is exactly the same when it comes to Diaspora Jews and aliyah. Yes, Israelis yell at them for not coming, but they don’t hear it from their own teachers and Rabbis. So they are like children who have been kidnapped and raised amongst the gentiles.

A metaphor for this is the story of Tarzan, who was lost at sea as a child and raised in the jungle by apes. When he grew up, he thought he was a monkey, too. There was no one around to tell him that he was a man. So he identified with the apes. Just as they felt perfectly at home, living in the jungle and swinging from tree to tree, he felt perfectly at home too, aping their habits. Not having been raised in civilized surroundings, he didn’t know the difference.

The Jews of the Diaspora don’t know this, because no one ever taught them. They are not to blame for thinking they are at home in strange, gentile lands, no more than Tarzan was to blame for believing that he was at home in the jungle. It’s as simple as that. I don’t blame them. But, bezrat Hashem, I’ll keep trying to show them the difference – precisely because I love them so much. 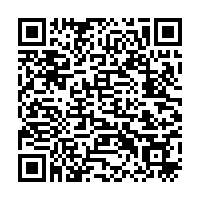