From the Jerusalem Boardroom #173:

4. Italy’s (giant) Edison Energy follows in the footsteps of Noble Energy, entering Israel’s natural gas exploration, concluding a contract with Israel’s Ratio Oil Exploration. Under the agreement, Edison will be the well-operator for the Gal licenses – which covers 1,770 square kilometers in the southwest corner of Israel’s exclusive economic zone with high potential of oil and natural gas – with 20% of the rights in the permit’s two licenses and an option on another 20% (Globes, Nov. 25).

5. Len Rosen, CEO of Britain’s Barclays Bank in Israel: “I have been in Israel during the last six years, but the only real violent event which I witnessed was September 11 in NYC…. I have not noticed a decline in the global interest in Israeli companies as far as Mergers and Acquisitions and investments in stock and bonds. I have noticed a decline in the scope of foreign investments, which is a derivative of a global decline… and global uncertainty…. There is a global decline in M&A due to the European crisis and American uncertainty….While security-oriented events have had a limited impact on Israel’s economy, the significant impact has been caused by global financial events…. Israel benefits form a sustained flow of investments and acquisitions…. Israel’s high tech and healthcare are unique, and its recent energy explorations and expansion of infrastructures are common…. Israel’s Treasury and Central Bank have displayed fiscal responsibility (Globes, November 23).” 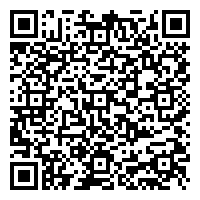