The big news in the dati-leumi camp in Israel this week is that for the first time in four decades, only one political party will be exclusively representing the concerns of the Religious-Zionist community in the upcoming March 23 elections: the HaTzionut HaDatit party led by Bezalel Smotrich, along with a technical bloc composed of the Otzma HaYehudit and Noam parties.

In a surprise development Thursday night – just hours before the Knesset Election Committee’s party-list submission deadline – Bayit Yehudi (the Jewish Home party) dropped out of the race after unity negotiations with Smotrich stalled. Hagit Moshe, the newly-elected head of Bayit Yehudi, accused Smotrich of making impossible demands and working behind her back to first close a deal with Otzma Yehudit.


“He told me he was determined to destroy our party by engulfing it in his,” she declared.

Both sides blamed the other for the breakdown. Meanwhile, surveys published the morning after the deadline predicted that HaTzionut HaDatit would pass the voter threshold, insuring that, among others, Otzma Yehudit leader Itamar Ben Gvir, will be a member of the 24th Knesset.

Soon after the list was finalized, a group of roshei yeshivot expressed their support for Smotrich and HaTzionut HaDatit, including Rabbis Haim Druckman, Yaacov Shapira, Dovid Dodkavitch, Chananiel Etrog, Shimon Cohen, and Haim Gantz. Others are expected to follow.

To learn more, The Jewish Press recently spoke with longtime journalist and political analyst Yisrael Medad, former assistant to MK Geula Cohen; Avi Maoz, number one on the Noam list; and Otzma Yehudit activist Baruch Marzel, who was banned from running for Knesset in 2019 by the Supreme Court.

The Jewish Press: To the surprise of many, Bayit Yehudi won’t be running in the upcoming election. What happened?

Medad: Bayit Yehudi is a resurrected version of the old Mafdal (National Religious Party), which represented the dati-leumi political camp for decades.

When Hagit Moshe, failed to make a last-minute deal with Smotrich, she grabbed a lifeline thrown down to her from the passing speedboat of Naftali Bennett. She agreed to drop out of the election and throw her party’s support to Bennett for the promise of a meaningful ministerial appointment in the next government.

I believe her decision was influenced by the old guard of the pre-1977 Mafdal, who still carry a lot of weight in the powerful Central Committee of Bayit Yehudi. Until 1977, the religious Zionism party was always in a Mapai [leftist-oriented] coalition. The right-wing stance of some of the party’s MKs over the last few decades has always been anathema to the backroom veterans who still hold control of the financial strings of the party.

Over most major settlement issues – from the evacuation of Yamit through the Oslo Accords and the destruction of Gush Katif – Mafdal actually sat on the fence until the last possible moment, allowing the disasters to develop and become a reality.

So the Mafdalniks of old influenced Hagit Moshe to say no to the offer of unity because it would have done away with the old infrastructure of the Mafdal. They preferred to pull out of the election and align with the less religious and far more liberal Yamina party in the hope that, by being promised a Ministry, the party would survive until the next elections.

How would you characterize the three religious parties in the HaTzionut HaDatit union?

All of them advocate settling Yesha and greater Torah integration into Israeli life and the government. Otzma Yehudit, a successor to Rabbi Kahane’s outlawed Kach party, adopts an extremist approach to religious and judicial issues and a radical and abrasive approach to the Arab problem in Israel.

The Noam party, created by Rabbi Tzvi Tau of the Har HaMor Yeshiva, opposes the gay movement’s involvement in public affairs and, what he terms, the “conspiratorial,” and foreign-financed, infiltration of liberal and pluralistic philosophies into Israeli society, its educational system, and the army.

HaTzionut HaDatit deals with all the above agendas but in a less strident fashion. Smotrich himself is an experienced politician with legislative canny and a know-how for getting things done.

What about Bennett’s Yamina party?

It proclaims itself stridently right-wing – strong in defense, pro-settlement, and in favor of reducing the power of the courts – but on the social scene, it fosters a liberal and far less religious perspective and strives to appeal to all segments of the population.

Bennett’s main platform, though, is dumping Bibi. The same thing can be said about Gideon Sa’ar and his New Hope party. The whole election revolves on the question: Will Bennett and Sa’ar really not join a government headed by Netanyahu as they profess?

If they remain outside, Bibi won’t have the numbers to form a coalition. In that event, either Bennet, Sa’ar, and Lapid will join forces to form a government and go with the Arabs, and maybe with the charedim, or we’ll be facing yet another election.

Avi Maoz, number one on the Noam party list, is the father of 10 children and a resident of the City of David. He was very active in the campaign to free Natan Sharansky during the Struggle for Soviet Jewry between 1984-1986. He also played key roles in the development of Gush Katif and in the “Save the Golan” campaign during the Rabin administration.

The Jewish Press: What’s your perspective on the upcoming election?

Maoz: This election is not over the question of whether Bibi will be the prime minister or not. Rather, this election will decide whether Medinat Yisrael will be a Jewish state or a state like all other nations.

With each passing year, the Jewish identity of the medinah is threatened. There are powerful forces at work, well-financed forces in Israel and abroad, that seek to make Zionism and Judaism discarded relics of the past, and which work to uproot everything holy in the Jewish home, in our schools, in our culture, in the army, in our courts, and in the Knesset.

The Noam party has begun to expose this very real enemy. We are determined to continue our fight, within the government when we are elected, and in our grassroots struggle throughout the country.

Today, baruch Hashem, there is more Torah learning in Israel than in any time of our history, with more yeshivot, ulpanot, Talmudei Torah, and baale t’shuva everywhere, but we cannot rest on our laurels. Just as we are commanded by the Torah to defend ourselves decisively against our physical enemies, we must defend ourselves against spiritual and cultural enemies as well.

Baruch Marzel is a well-known activist promoting the settlement of Hebron and other right-wing causes and was for a period of time the right-hand man of Rabbi Meir Kahane. He also helped lead Otzma Yehudit for a number of years.

The Jewish Press: What are some of the main items that your party, Otzma Yehudit, stands for?

Marzel: Am Yisrael waited almost 2,000 years to re-establish a Jewish state. Such a state, in its true meaning, will only come to pass if we first deal with our enemies, outside the country and inside it. Then, we have to return to our Torah values, on a national and individual level.

Western values may be appropriate for other places in the world, but here in the Holy Land, the holy Torah is our constitution. Every child in grade school, whether religious or not religious, has to know the Torah. Shabbat has to be Shabbat.

We don’t believe in coercion; rather, we believe in Jewish education for Jews. Certainly, the observance of Shabbat on a public and governmental level must be a sanctified law of the state throughout the country, Tel Aviv and Haifa included.

Needless to say, we will fight against assimilation, against attempts to legislate new laws of conversion and marriage, Heaven forbid, and against all attempts to liberalize and pollute the sanctity of the traditional Jewish family unit. We will also work with our new partners to rectify the Law of Return to insure the Jewishness of all new olim.

In the last election, many of your traditional supporters, including thousands of Chabad chassidim, didn’t vote for you. How do you plan to draw them back?

That’s because all surveys showed that Otzma Yehudit wouldn’t pass the voter threshold and people didn’t want their vote to be wasted. I believe they will come back on their own. We are already in touch with the Chabad community. Similar to the views of the Rebbe, of blessed memory, we are staunch proponents of “All of the Torah, and all of the Land of Israel.”

Additionally, in the past election, because our chances were slim, many Chardalniks voted for charedi parties. They are sure to return to us as well. This time, paired with Bezalel Smotrich and the Noam party, we have a very powerful list.

As an old fox, what is your gut feeling as Election Day nears?

I think we’re going to be the surprise of the election. And if you want to talk about old foxes, I think Bibi Netanyahu still has a few more magic tricks in his hat. He says Likud will win 40 seats, and it may happen. Before Bibi gets through with Bennett and Sa’ar during the election campaign, they are going to be hanging on to one another like punch-drunk boxers in the center of the ring.

If Netanyahu can persuade a few office-hungry Knesset members from the toppling camps of Bennett and Sa’ar to hop aboard, and if the charedi block remains faithful to Netanyahu, and if we manage to rake in our true voter potential, Bibi can end up with a 61-plus majority, no problem, and medinat Yehudit will be on the way to becoming a dream come true. 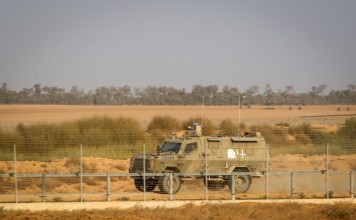 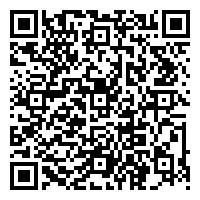