Mr. Weiss and Mr. Schwartz were neighbors in a semi-attached house. One day, Mrs. Weiss said to her husband, “The upstairs room adjacent to the Schwartzes is cold at night. The radiator is not adequate and the kids complain. Any ideas?”

“We could install a split-unit heating/cooling air conditioner in the window,” Mr. Weiss replied.

“Great,” said Mrs. Weiss said. “We can place it on the wall facing the Schwartzes. There’s a small inlet between the houses.”

“But that inlet is part of Schwartz’s property,” pointed out Mr. Weiss. “Although the outside unit will be on our wall, it will hang over the Schwartz’s airspace. I’ll ask them whether they mind.”

Mr. Weiss asked Mr. Schwartz, and the latter said he would think about it. A week later, after he hadn’t heard back from him, Mrs. Weiss suggested that they ask Rabbi Dayan if they even need Mr. Schwartz’s permission.

Mr. Weiss agreed. They went to Rabbi Dayan, and, after hearing the question, he gave the matter some thought and replied, “The Gemara [Bava Basra 59] talks about the permissibility of installing a ziz (a protrusion) from a person’s wall or roof into a neighbor’s courtyard. The primary concerns are hezek re’iya (privacy) and the possibility that the neighbor might want to build there [Choshen Mishpat 153:1].

“The Meiri cites an opinion according to which if a ziz is for regular use, the courtyard owner can object even if privacy is not an issue [Pischei Choshen, Nezikin 15:2]. But if there is already a window overlooking the neighbor’s property so that privacy is a moot point, and the neighbor cannot build there, he cannot object to the ziz, according to the Shulchan Aruch.

“Similarly, a neighbor can’t object to protrusions from a roof to protect a wall from rain if he doesn’t want to build there. Since the neighbor suffers no loss, we’re talking about a situation of zeh neheneh v’zeh lo chaser, and we force him not to be inconsiderate (kofin al middas Sodom). This logic would seemingly also apply to installing an air conditioner unit in your window [Choshen Mishpat 153:5; Sma 153:14].

“In some cases, a neighbor can object so that the protrusion doesn’t establish a chazakah (permanent rights) should he ever want to build there. However, this rule only applies regarding a spot where he might want to build in the future and it will be difficult to later move the air conditioner, or the air conditioner hangs over a sukkah, etc. [Mishkan Shalom 5:5,16].

“A neighbor can’t object because the air conditioner makes a disturbing noise since this noise is normal and reasonable. However, since the permissibility for allowing a protrusion over a neighbor’s airspace is based on kofin al middas Sodom, any justifiable complaint – including that of the noise being disturbing – is a sufficient basis on which to object” [see Choshen Mishpat 153:8, 156:2; Mishkan Shalom 10:68; Emek Hamishpat, Hilchos Shecheinim 7:4; 35:16-17]. 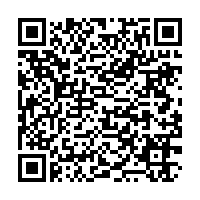