As we have previously written, the “Shovavim” period, which extends for the next six weeks, is the time of the year most favorable for rectify sexual transgression, known as “Tikun HaBrit.” These weeks parallel our Exodus from Egypt, from both our physical bondage, and our cultural bondage to the immoral ways of the Egyptians, whose culture was highlighted by the pursuit of idol worship and the sexual licentiousness which accompanied it.

Tired and beaten down by the first series of plagues, Pharaoh is ready to let the Jews hold the prayer gathering which Moshe demands, but only in Egypt. Moshe refuses his offer as being out of the question. Holiness and impurity cannot exist in the same place. To serve Hashem, we have to break free of the chains of immorality and spiritual pollution of Egypt and sanctify ourselves, in order to be worthy of receiving the Torah and to journey on the Holy Land. Thus, during the period of “Shovavim,” a Jew is called upon to sanctify himself even in matters that are permitted to him.

My dear friends, please don’t take lightly the advice and admonishment of our Sages by thinking that the “Shovavim” period and its customs are just a lot of superstitious nonsense, G-d forbid. A person who looks at immodest sites on the Internet, or who is lax in maintaining the proper holiness during marital relations, is playing with fire. He is engaging in a dangerous game of Russian roulette. It’s just a matter of time that either he, or his wife, or his children will suffer a tragedy, an illness, or some other painful tribulation, G-d forbid. It can be the early warnings that Hashem sends in the form of back pains, prostate, migraines, sudden costly expenses, marital friction, or troubles with the kids. For this reason, our Sages call out to us to return in repentance at this time of “Shovavim,” saying, “Shuvu banim shovavim” (Jeremiah, 3:14), “Return you rebellious children.”

Our Sages teach that the spilling of semen in vain is a very grave transgression, punishable by death at the Hands of Heaven, before one’s allotted time, may G-d have mercy, like in the case of Er and Onan (Bereshit, 38:6-10). Spilling of semen in vain can come about, not only through unholy practices, unscrupulous Internet viewing, and nocturnal emissions during dreams, but also during marital relations, either before or after the marital union, so married couples must also take care to conduct matters in holiness. Needless to say, other blatant sexual transgressions such as pre-marital relations, relations with non-Jews, adultery, homosexuality, the use of prophylactics, etc, also bring about the spilling of semen in vain.

Because semen contains myriads of living souls, when a person willfully transgresses, or errs accidentally in whatever manner, these holy souls are lost and compelled to wander painfully in an impure netherworld, unless they are rectified through the sincere t’shuva of the person who sinned. The best time for this repentance, to rescue these spiritual “children,” “banim shovavim,” from bondage, is the period of “Shovavim.”

In other blogs and articles on the www.jewishsexuality.com website, we have listed the various customs of “Shovavim” and the recommended “Tikunim.” For most people, a stringent regiment of fasting is not practical. So what can a normal person do?

I myself try to learn more Torah than usual. The Torah is filled with the Names of Hashem, and through its learning, we rectify the Names we blemished through our misdeeds. It is also important to give more tzedakah (charity). On Mondays and Thursdays, I fast during the day. Since the days are short this time of year, it isn’t very difficult. For people who find fasting overly stressful or weakening, the fast can be redeemed by donating charity. I try to nap in the early evening each day for a half hour, so I’ll have the strength to recite “Tikun Hatzot,” the Midnight Lament, over the destruction of the Beit HaMikdash and over the exile, the recital of which helps rectify the anguish we caused the Shechinah through our misdoings.

Thursdays is a good time to join a gathering in reciting one of the powerful “Tikun HaYesod” prayers that have been formulated by our Sages to cleanse a person of sexual sin, and to return the lost souls to the soul-bank in Heaven. Since staying up all night, learning Torah and reciting “Tikunim” and Tehillim, is considered a “Tikun Karet,” an atonement that nullifies a decree of excision (being cut off before one’s time), G-d forbid, I try to stay awake Thursday nights, focusing on Torah learning and repentance. If one finds it difficult to do this alone without falling asleep, and can’t get to an all-night “Shovavim” gathering, it is possible to invite some friends to learn together, having plenty of tasty refreshments on hand to keep the participants awake. If one starts a little before midnight, after reciting “Tikun Hatzot” and doing some Torah learning, it’s already 4 am and time to jump into a refreshing mikvah and pray the first morning prayer at “Vatikin.” Before you know it, the night has passed, and tons of the spiritual pollution that has been damaging your life falls off your shoulders, drowned by the vivifying waters of Torah and the pre-dawn mikvah.

This year, I hope to add, blee nader, a few “Taanit Debor” to the repertoire – fasts from speaking, which is also a powerful rectification.

If all of this seems overwhelming, then pick out one thing and try to follow it through with heartfelt repentance. Our Sages teach that if a person does even a little below in this world to purify himself, then he is sanctified greatly from Above.

Righteous or Self-Righteous? Lessons from Elul! – Pull Up a Chair [audio]

Ulysses S. Grant and the Jews: A Fascinating Study in Repentance, Resistance and Overcoming Anti-Semitism

Tamar Yonah Show – Are You Afraid of Yom Kippur? [audio] 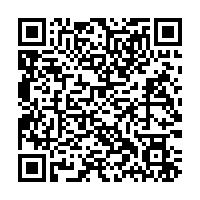