Shut the latches of the spaceship. Fasten your seatbelts. Get ready for another magic mystery tour through the galaxies of t’shuva, as illuminated for us in the writings of Rabbi Kook.

If you were like me, you’d order the book, “The Art of T’shuva” (available online) already today, so you can hurry up and do as much t’shuva as you can before the Almighty searches you out in His Big Computer in the sky and views all the personal youtubes you’ve starred in during the year when you thought no one was watching. But you’re not like me, and so you probably won’t buy the book. That’s one of the reasons why I’m in Israel and you’re still in Flatbush or Boro Park.


As we learned, mankind is always involved in t’shuva. The fact that there are many non-religious people today should not be held as a contradiction. T’shuva must be looked at in an encompassing perspective that spans all generations.

A story about Rabbi Kook may help illustrate. One day, Rabbi Kook was walking by the Old City in Jerusalem with Rabbi Chaim Zonnenfeld, one of the leading rabbis of the Ultra-Orthodox community.

“Look how awful our situation is,” the Rabbi observed. “See how many secular Jews there our in the city. Just a few generations ago, their father’s fathers were all Orthodox Jews.”

“One must look at Am Yisrael in a wider perspective,” Rabbi Kook answered. “Do you see this valley over here, the Valley of Hinom? This was once a site for human sacrifice. Today, even the crassest secularist will not offer his child as a human sacrifice for any pagan ideal. When you look at today’s situation in the span of all history, things do not seem so bad. On the contrary, you can see that there has been great progress.”

The Rambam, at the end of the Laws of Kings, refers to this same development process of redemption which encompasses all things in life. He asks the question — if Christianity is a false religion, why did God grant it so much dominion? In the time of the Rambam, Christianity and Islam ruled over the world. The Jews suffered miserably under both.

The Rambam’s answer is based on a sweeping historical perspective which finds a certain value in Christianity, even though the Rambam himself classifies Christianity as idol worship (Laws of Idol Worship, 9:4, uncensored edition). On the one hand, he emphatically condemns Christianity, and on the other hand he maintains that Christianity has a positive role in the development of world history. How are we to reconcile this contradiction?

The Rambam writes that Christianity serves as a facilitator to elevate mankind from the darkness of paganism toward the recognition of monotheism. In effect, it is a stepping stone enabling mankind to make the leap from idol worship to the worship of God.

The belief in an invisible God does not come easily to the masses. Christianity, weaned mankind away from the belief in many gods to a belief in a “three-leaf clover” of a father, a son, and a holy ghost. Once the world is accustomed to this idea, though it is still idol worship, the concept of one supreme God is not so removed. Furthermore, the Rambam writes that Christianity’s focus on the messiah prepares the world for the day when the true Jewish messiah will come.

Today, because of Christianity’s influence, all the world, from the Eskimos to the Zulus, have heard about the messiah, so that when he arrives, he will have a lot less explaining to do. “Oh, it’s you,” mankind will say on the heralded day. Though they will be surprised to find out that it’s not Jezeus, they’ll say all the same, “We’ve been waiting for you.”

Thus, when world history is looked at in an encompassing perspective, even Christianity, with all of its many negative factors, can be seen to play a positive role in mankind’s constant march toward t’shuva.

When we understand this historic, all-encompassing perspective, we can see that a world movement like Christianity, despite all of its evil, can influence the course of human history toward a higher ideal. But how does one man’s t’shuva bring redemption closer? How does a person’s remorse over having stolen some money bring healing to the cosmos as a whole? 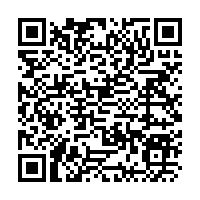