Today, on November 2, 1917, the Balfour Declaration appeared on the world stage.

Lord Balfour was the British Foreign Secretary at the time, and in the name of King George V, he recognized the Zionist movement and its purpose to establish a Jewish state in their ancestral homeland.


In those years Rav Kook stayed in London and worked with Chaim Weizmann to persuade the House of Lords to support the Balfour Declaration. Rav Kook also mobilized Orthodox congregations across the British Kingdom to send statements of support for this historic Declaration. These statements of support were needed for two reasons. First, to counter the fierce opposition to the Balfour Declaration from the Reform community. Second, to show the British Kingdom that the Jewish world supports the declaration and will work towards making it a reality.
Rav Kook’s activities for the Zionist movement were praised by the British Kingdom, which later awarded the rabbi a Knight of Honor on her behalf.

And what about the United States of America?

In 1924, Rav Kook set out on a fundraising campaign for the benefit of the yeshiva world in Israel. He spent about six months in the United States, spending the first month devoted to diplomatic meetings.

During his travels, Rav Kook traveled between various states, including Philadelphia and New York, until he arrived in Washington, D.C., where he met Republican President Calvin Coolidge in the White House.

Quotes from the meeting were documented by the JTA at the time. Among some of the quotes:

He [Rav Kook] gave special thanks for the recent action of both houses of Congress in passing resolutions approving the creation of the Jewish National Home in Palestine, and the British mandate over it.

Rav Kook expressed his hope and conviction that America will remain the center of liberty and idealism, and bestowed his blessing upon the President, excusing himself for being unable to speak in the English language.

In reply, the President stated that he felt highly honored by the visit of Palestine’s Chief Rabbi, and assured Rav Kook that the United States Government would assist, in every way possible, the establishment of a Jewish homeland in Eretz Yisrael.

There is no doubt that President Coolidge’s commitment has been implemented by President Donald Trump and by doing so he is strengthening Israel and the US-Israel alliance.

A key component to being a good President for America is understanding that a strong Israel, and a strong alliance with Israel, as President Trump is implementing, help make America a stronger country as well.

There is no doubt that for these reasons we should vote for President Trump for another term.

It is also crucial to note, that as an American Jew who has returned to live in Israel, I always support Presidents who I believe would be the best for keeping America a strong and secure country. The radical left is growing in the United States and they not only endanger American Jews but all Americans. President Trump is standing strong to stop that and to fight all antisemitism, from all directions.

But there is something else worth noting here, from the Balfour Declaration to the present day the British Embassy still resides in Tel Aviv. President Trump is the first American President to move the US embassy to Jerusalem, recognizing Jerusalem as the capital of the State of Israel. 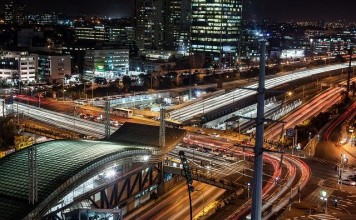 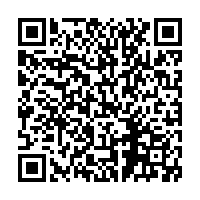