The Pillar of Cloud, otherwise known as the Clouds of Glory, or Amud HaAnan, protected the Jewish People in the Wilderness, and the “Amud HaAnan” Operation which Tzahal has now undertaken is intended to protect our beleaguered citizens in the south. But it is much more than that.

“When there is a great war in the world, the power of Moshiach awakens. The time of the song bird has come, with the weeding away of tyrants. The evil ones are obliterated from the world, the world becomes more perfected, and the voice of the turtledove is heard in our Land.

“With great insight, incredible valor, with deep and penetrating logic, with true desire, and with clear understanding, we need to receive the exalted contents of the light of G-d which is revealed in wondrous action in the workings of precisely these wars.”

Rabbi Kook ends his essay by quoting from our morning prayers. Make no mistake. This is what Operation “Amud HaAnan” is really all about:

“The Master of wars, sower of righteousness, Who causes salvation to sprout, the Creator or cures, awesome in praise, the Master of wonders, Who renews His goodness every day the act of Creation, cause a new light to shine upon Zion, and may we all be privileged to see its light” (Orot, 2:1).

Hashem is the Master of wars. And now, as citizens in the south of Israel sit anxiously in their bomb shelters, Hashem is at war. Hashem is weeding out tyrants, the killers of Jewish men, women, and children. Hashem is obliterating evil ones from the world, the murderers from the Hamas and the Islamic Jihad. The Moshiach has awakened. He is sitting in the cockpit beside our pilots as they soar over Gaza, cleansing and perfecting the world. While the Israeli Army is fighting, Hashem is sowing righteousness. Hashem is causing salvation to sprout. He is causing a new light to shine upon Zion, and it is our task to open our eyes and see it. No, my friends, this is not a mere war – this is Moshiach in action!

The Mashiach is not only the ideal Jewish king, but a process which evolves over time. The Gemara informs us that, “There are 2000 years of Moshiach  (Sanhedrin 97A).  In Tractate Megilla, we learn that, “War is also the beginning of Redemption” (Megilla 17B). The Rambam tells us that one of Moshiach’s premier tasks is to fight the wars of Hashem (Laws of Kings and Their Wars, 11:4).

Yes, Operation “Amud HaAnan” has come to protect our citizens, to teach Hamas a painful lesson, and to return our power of detriment, but when you watch the footage on TV, know that you are watching the “Footsteps of Moshiach ” You are witnessing the Sanctification of G-d in the world. Let the word go forth, “There is a living G-d in Israel!”

Yes, war is hell. Yes, if war could be abandoned, the world would be a better place. But the Redemption of Am Yisrael also comes through wars. In the roar of our jets streaking over Gaza, Moshiach is on the way! When evil doers are uprooted from the world, the light of Moshiach appears. The greater the magnitude and force of the war, the greater the revelation of Moshiach which follows.

Our hearts and prayers are with the soldiers of Israel. May Hashem grant them and their commanders the holy courage and valor to finish the job and wipe out the evil in our midst, for the betterment of the world. And may we all be privileged to see and enjoy the new light shining on Zion! 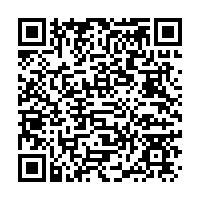