Many charities and non-profit organizations have received donations from Donald Sterling (owner of the Clippers). According to public records, his foundation has distributed less than $1.5 million in the last 6 years. That’s a lot of money, but not a lot of money for a billionaire.

The $1.5 million was given to worthy organizations. Sterling didn’t give his charity to the Ku Klux Klan, he helped good organizations that helped good people. Money is useful, no matter who signs the checks.


Much has been made of Sterling’s concerted effort to control his public image using his charitable donations to paint himself as a philanthropist who genuinely cares about others. He would take out full page ads in the LA Times announcing his gifts accompanied by photos of himself. Some have even called Sterling’s charity an effort to cleanse himself of his sins by through philanthropy. As if he thought his good deeds would counterbalance his bad deeds. This might be an accurate description of his intentions. It also might not be accurate. Either way, those organizations have his money, and he has their accolades and appreciation.

But what should organizations do? Should they turn away donors with compromised values? Should criminals be banned from giving charity? Should immoral people be blocked from helping others? Is it moral to take money from immoral people?

As an Orthodox Jew, Halacha is the first step of analysis when I have a question of ethics like this. Jewish law actually touches on this issue and provides some guidance. The Shulchan Aruch prohibits accepting charitable gifts from Idol Worshipers. The Rema limits this prohibition to cash and allows objects to be donated by Idol Worshipers. But he concludes that it is prohibited to accept charity from a mumar (habitual sinner). Presumably, the reason for the prohibition is due to the standing prohibition against deriving any benefit from Idol Worship.

However, other authorities permit accepting charity and gifts from a mumar. The Mabit is quoted in the commentaries to the Rema as allowing us to accept charity from a mumar.

The Maharam Shick agrees with Mabit. He even says that Rambam would disagree with Rema and allow us to accept charity from a mumar. Maharam Shick cites Rambam’s permissive position regarding accepting sacrifices from a mumar, ostensibly because it may arouse the mumar to repent. Jewish law always errs on the side of assuming one’s best intentions. Similarly, Rambam famously holds that a court can physically coerce a man to say he wants to give a get because we assume his intentions are pure. He concludes that Rambam would also allow charity from a mumar for the same reason as long as the person maintains basic belief in God and Judaism. After all, maybe this charitable act will inspire the giver to become a better person.

There are also opinions that hold there is almost no such thing as a mumar nowadays. In other words, no matter what the person says or does, their charity would be accepted.

So while the Rema was reluctant to accept gifts from a mumar, others did allow it. It seems to me that according to this permissive view it would be perfectly okay to accept charity from anyone, even people who say and do despicable things. It would even be okay to accept Donald Sterling’s charity.

I think the rationale of the Maharam Shick is quite powerful. We should always assume the best intentions when people are doing good things. Charity is a good thing. It’s possible there are ulterior motives, we may even think we are certain that the motivations for the gift are not altruistic, but it does not matter. 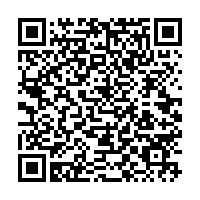