The Lebanese delegation at the Olympics exposed its country’s bigotry when it refused to be on the same bus as Israelis and blocked them entry into the bus. The athletes may or may not be bigoted themselves, but they knew how their country reacts to any sign of “normalization” with Israelis.

The Lebanese Olympians knew that Miss Lebanon Saly Greige was demonized in January 2015 for taking a picture with an Israeli contestant, and they knew that they would be hailed as heroes in Lebanon for their act of cowardice.


The Olympic Charter pledges, “To fight against all other forms of discrimination,” but the International Olympic Committee’s response to this blatant incident of discrimination against Israelis was a slap on the wrist of the Lebanese delegation. On the same weekend, Saudi judo athlete Joud Fahmy forfeited a match to avoid facing Israeli Gili Cohen, and the IOC took no action against Saudi Arabia.

The IOC is the organization that refused in 2012 to commemorate the eleven Israeli Olympic athletes who were killed by Palestinian terrorists during the Munich Games of 1972, so its credibility in defending Israelis against discrimination is tainted. As a person of Lebanese origin, I want the IOC to know when it fails to uphold the Olympic spirit with regard to Israel, it is failing everyone, including Arabs who oppose terrorism and hatred.

If countries like Lebanon, Saudi Arabia, and others cannot put aside their hatred of Israel, or any other country, at least for the duration of the Olympics, they should not be allowed to compete.

The IOC should ban any country that does not allow its athletes to mingle with all other athletes at the Olympics, and there should be no special arrangements to prevent some countries’ athletes from being transported or lodged together with athletes of some other countries.

Although Lebanon has not won a medal at the Olympics since 1980, being part of the Olympics is still a source of national pride. There is however no pride in being a bigot. A ban from the Olympics would force Lebanon and other nations that hold similar bigoted views to rethink what they really stand for. Do they really want to be known as bigots to the world? Do they value more their bigotry or their athletes?

According to the Olympic Charter, “The Olympic symbol expresses the activity of the Olympic Movement and represents the union of the five continents and the meeting of athletes from throughout the world at the Olympic Games”. It is about time the IOC started taking its own charter seriously. 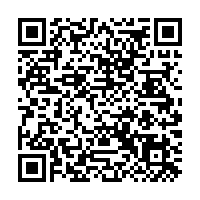