I will be returning to Israel next year, after more than 25 years in the US. So now that I will be an Israeli again, I think I am allowed to take the gloves off:


What you did by agreeing to release more than 100 Arab prisoners who have been convicted of crimes including multiple murders is beyond wrong. It is shameful. It is disgusting. It is immoral. And it is stupid.

I admit that I am shocked. I admired you. I thought that you learned Zionism from your father, and I know that you put your body on the line more than once for the state of Israel. So how could you do it?

I understand that the murderous insects to be released are older, they will be carefully watched, etc. So maybe they will be unlikely to hurt anyone again (although maybe not).

But look what you have done:

You have betrayed the families of the victims of these terrorists, who were shot, burned, stabbed, blown up and beaten to death. They believed that they had received justice, even if they would never get their loved ones back. Now they will watch their killers grin and make victory signs on television as our ‘peace partners’ celebrate their heroic return. For what?

You have destroyed the honor of the Jewish people. You have put up a sign saying “an Arab is superior to a Jew, you can kill them and go free.” Nothing is more important in the Middle East than honor. Did you forget that you live in the Middle East? You handed Israel’s enemies a huge victory. For what?

You have made a mockery of Israel’s justice system. Murder isn’t murder, if the perpetrator is a Palestinian. Multiple life sentences evaporate. For what?

I strongly opposed the decision to release prisoners in return for Gilad Shalit, but at least you got Shalit back. What did you get for this?

You certainly didn’t get the approval of Israel’s Jewish population, 84% of whom opposed the decision.

No, what you got was the agreement of the illegitimate ‘President’ of the Palestinian Authority, who couldn’t deliver on a ‘peace’ agreement if he wanted to — which he doesn’t — to sit at the same table with you and make even more outrageous demands, demands for Israel’s capital, demands to flood the state with so-called ‘refugees’, demands to expel Jews from their homes, so he can establish a state dedicated to the destruction of yours and mine, and fill it with rocket launchers.

You know in your heart that there will not be a real peace with the Palestinian Arabs in our time. So why did you throw away our honor to decorate Obama’s resumé?

Oh, you got something from Obama too?

Maybe he promised to bomb Iran’s centrifuges next week. I hope so, because if it was anything less, you sold yourself and your people far too cheaply. 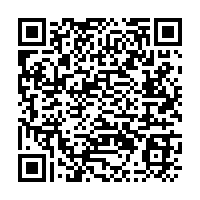