In a previous post, I imagined the situation in 2018, with Israel’s traditional Arab and Iranian enemies mostly toothless as a result of Sunni-Shiite conflict and economic incompetence, while a new threat emanates from a viciously anti-Jewish Western Europe. There, traditional European Jew-hatred has combined with the influence of a rapidly growing Muslim population to produce a true witches’ brew of hatred for Jews and their state.

But as one commenter noted, there was a country that, despite its importance, was not mentioned even once: the US. And the reason was that although the trends for Europe seemed clear, my ability to imagine the future here in the US was far weaker, producing only cloudy visions.


Or maybe I just wasn’t comfortable with what I envisioned. But let me flip the switch on the time machine anyway.

It’s 2018. President Clinton is halfway through her first term, having been helped to a landslide victory by a lackluster Republican candidate nominated by a fractured party split between representatives of extractive industries, social conservatives and Tea Party libertarians. Although the media that had so single-mindedly shilled for Barack Obama in 2008 and 2012 had begun to tire of him when the heavy hand of the Justice Department fell on them in 2013, Ms Clinton convinced the press that she was on their side. After all, wasn’t her own daughter a TV journalist?

Demographic changes also helped. Hispanics and Asians represented a greater share of the population than in 2012, and these groups voted heavily Democratic, especially as Clinton and her husband had campaigned hard for the American Immigration and Diversity Act of 2014, which provided a relatively unobstructed path to citizenship for undocumented immigrants (and future Democratic voters). Many people voted for Ms Clinton simply because they thought it was time to give a woman a chance (it was hard to argue that male politicians hadn’t screwed up big time).

Although the Republican Party had traditionally been considered the party of ‘big business’, 2018′s biggest businesses — Google, Facebook, Amazon, etc. — gave large contributions to Democratic candidates, and only smaller ‘insurance’ donations to Republicans.

Finally, there were some less savory aspects to the election. Small businesspeople thought twice about publicly supporting Republican candidates out of fear of regulatory agencies and the IRS, which were even more politically active than in 2013, despite the furor that had arisen then. Lists were compiled of voters that had moved or died, and since there was no requirement for ID to vote in most states, others voted in their places. Information from the massive NSA databases about ordinary Americans found its way to political operatives.

It was no contest for the presidency, and only slightly less unbalanced in the House and Senate.

Not that the Congress mattered that much anymore. Despite its constitutionally mandated role, its continued paralysis through the Obama years made it inevitable that the Executive Branch would find ways around it. By 2018, many of its debates were only political posturing, while the real decisions were taken by the administration by executive orders. Some politicians made quaint speeches about the Constitution, to little effect. “What can we do?” said administration spokespeople. “The Congress is dysfunctional.”

Although the Democrats had campaigned against income inequality, it turned out that the rich — especially the super-rich — were continuing to get richer, and the poor and middle-class poorer. Despite the commitments of the ‘progressive’ administration, health-care and other services for the poor, disabled, mentally ill, homeless, etc., suffered more and more for lack of funds. Many roamed the streets, begging and stealing to survive.

Shortly after Clinton’s election at the tail end of the Israeli-Hezbollah war of 2016, Hezbollah activated several terrorist cells who had infiltrated the US from South America via the Mexican border. They succeeded in detonating bombs at LA International Airport and several Jewish institutions in Los Angeles. They also invaded the Israeli consulate there, killing several security personnel and taking numerous hostages. Although Israel sent a security team, the terrorists began executing hostages before they arrived, and the LAPD stormed the building, resulting in a bloodbath of terrorists, hostages and police.

After the LAX bomb was determined to contain radioactive materials — a ‘dirty bomb’ — the centrally-located airport was abandoned at huge cost. Property values tumbled within a 30-mile radius (although the contamination was in fact limited to the airport area). The city of Los Angeles was forced to declare bankruptcy when it could not come close to balancing its budget.

Many Americans asked how this could have been allowed to happen, given the degree of surveillance that they had become used to, including tracking of cellphone usage, emails, monitoring of the content of voice communications, and a massive expansion of facial recognition software which received inputs from hundreds of thousands of cameras in public areas and matched it to databases of passport and driver’s license photos. Since these programs were revealed in 2013, they had become even more pervasive — and the security agencies developed incredibly powerful search tools than can spit out complete dossiers on the lives of individual people or groups, by analyzing literally trillions of database entries in moments.

President Clinton promised to “bring the terrorists to justice,” but Israel had already destroyed the Hezbollah infrastructure in Lebanon, so all she could do was send the few surviving terrorists to Guantanamo (which she promised to close). US Muslim organizations such as CAIR, ISNA, etc., swung into action to forestall an expected ‘wave of Islamophobia’. Liberal churches and Reform Temples throughout the country held special meetings in which representatives of those organizations ‘explained’ the difference between ‘bad’ (Shiite) Muslims like Hezbollah, and ‘good’ Muslim-Brotherhood types like themselves. They also hinted that the patience of even ‘good’ Muslims could run out if the US continued to support the existence of a Jewish state.

It was argued that ‘hate speech’ against Islam was partly responsible for the anger against the West, and that — while everybody had a right to free expression — certain videos and blogs should be removed from the Internet, because they exacerbated a bad situation. Many people agreed. The Clinton Administration hinted that “it knew how to deal with hate-mongers” and would take steps to do so.

The Administration issued a classified executive order called the “Homeland Protection Act” [HPA] which was explained as a response to the “West Coast 9/11.” Since it was classified, the contents were not revealed, but it was understood that it was necessary to deal with the emergency, just like the broad surveillance measures. It was thought that it temporarily suspended certain parts of the Bill of Rights. Again, many Americans agreed, and those who didn’t understood that they needed to be very careful about how they expressed their disagreement.

Some Americans were taken into custody under the HPA. Interestingly, they were mostly right-wingers, not Islamic terrorists. But the HPA apparently didn’t require that they be publicly charged, so in essence they disappeared.

The Canadian Prime Minister expressed his concern about the erosion of civil rights in the US, especially since many Americans were crossing the border into Canada daily. The US government responded by beefing up its control of the Canadian border, subjecting suspected emigrants to impromptu examinations to ensure that they were not trying to avoid their US tax obligations. The Administration issued an executive order than anyone leaving the US had to prove that they had paid all due taxes or post a bond. In some places, they built a wall. 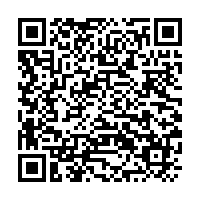