The IDF is known as one of the world’s finest military forces, but bizarre and disturbing things have been occurring lately.

“Thieves break into IDF base, steal soldier’s rifle,” read a recent headline about the Naftali camp in the north. Last December, two Arabs breached the security fence at the Rama base north of Jerusalem, pepper sprayed the soldier at the guard station, then stole his weapon.


The same month, F-16 engines disappeared from a base in central Israel, preceded by crates of ammunition and military jeeps stolen from bases in the south.

In March, an Eritrean infiltrated and vandalized a base that contains classified units. This month, a prisoner in a high-security military prison escaped for the second time. Given that at least one base has been plagued with rats, maybe friendly rodents chewed out an escape route for him?

Another base last year was reported to have open sewage, worms in the kitchen, and other charming features. But at least soldiers there might be adequately fed, which doesn’t seem to be the case all around.

To top it off, soldiers describe feeling humiliated over orders that endanger their lives and incriminate them for defending themselves—in addition to the demoralizing effects of such policies.

“…soldiers clandestinely removed holy materials and a Torah scroll from the site. Palestinian gunmen led by Arafat’s Brigades squad fired on an Israeli convoy as it departed the tomb, wounding one border policeman. The Israelis retreated completely while under fire. Within less than an hour, Palestinian rioters overtook Joseph’s Tomb and began to ransack the site…”

Yet look how robustly the military demolishes Jewish communities, as part of what a wife and mother expelled from Mitzpe Avichai has called “a well-oiled system of robots.”

If a military is a microcosm of society, then all of these events should be expected given the derelict and abusive national conditions I discussed a few columns ago. As long as mourners at the Mount of Olives suffer rock attacks and police ignore similar aggression elsewhere, don’t be surprised when the IDF mirrors this hideousness. 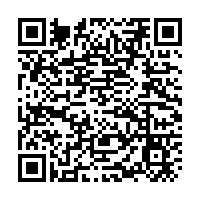