I’ve often said that the best thing about Hamas is that they say what they think. None of the two-faced English vs. Arabic stuff we get from the ‘moderate’ PLO. They say they want to kill us, because they mean it.

So for the same reason, I enjoyed the Harvard Crimson piece by Sandra Y. L. Korn, “The Doctrine of Academic Freedom.” Korn is not ashamed to put forth the idea that academic freedom should be limited when it conflicts with the political prejudices of the “university community”:

If our university community opposes racism, sexism, and heterosexism, why should we put up with research that counters our goals simply in the name of “academic freedom”?

Instead, I would like to propose a more rigorous standard: one of “academic justice.” When an academic community observes research promoting or justifying oppression, it should ensure that this research does not continue.

And how does it “ensure” this? She provides examples, such as disruption of classes “with a bullhorn and leaflets” and the academic boycott of Israeli institutions. The irony in advocating coercive action to oppose research or speech that she and her peers consider politically incorrect is palpable, especially since the bullhorns and boycotts are reminiscent of the SA tactics of the 1930s.

While she understands that the purpose of academic freedom is to see to it that research is not “restricted by the political whims of the moment,” she apparently fails to grasp that the reason for this is that political whims are just that — whims. During Mao’s Cultural Revolution, Chinese students took the lead in what Ms Korn must (at least, we hope she must) admit were terrible injustices. Their views were doubtless shared by most of the “university community,” but so what?

The principle of academic freedom does not require, as Ms Korn’s “academic justice” does, an omniscient and perfectly good community to decide which ideas may be discussed and which not. It says in effect “don’t suppress any ideas, let them compete on their merits,” because we are not smart enough to decide a priori (Korn thinks she and her friends are).

The fact that she chooses a boycott of Israeli universities as an example of a just limitation of academic freedom is a perfect example of the defect in her approach, because as a matter of fact, the ‘oppression’ of the ‘Palestinians’ is at bottom a whopper of a lie intended to cover up the desire of the Arabs to eliminate the state of Israel, and even in many cases to perpetrate a genocide of the Jewish population (viz., Hamas Covenant), something I am sure Korn would disapprove of.

Probably all of Ms Korn’s friends agree that only a right-wing Zionist nut would believe that. Maybe this is because the only voices that they hear are those of, er, left-wing anti-Zionist nuts. Academic freedom is intended to allow all (scholarly) points of view to be heard, in order to help us avoid precisely this situation.

This seems blindingly obvious to me, who did not go to Harvard (but like Ms Korn, did study the history of science, in which I learned about politically incorrect scholars like Galileo Galilei). So why doesn’t she get it?

Her bio indicates that she is “a joint history of science and studies of women, gender and sexuality concentrator.” And there could be the explanation: perhaps whatever she learned in her History of Science classes was overwhelmed by the main lesson taught in gender and ethnic studies, which is that there is no such thing as objective truth, there are only the political consequences of belief.

Michigan, Pitzer, Boycotters of Israeli Academia Just the Tip of an Iceberg 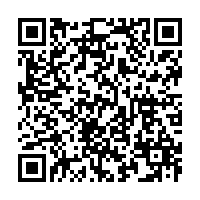