A New York City department called the New York City Commission on Human Rights has sued a group of religious store owners in Brooklyn. What terrible “crime” have these Torah Jews committed? They require modest clothing to be worn in their stores and do not allow shorts or bare feet, etc.

As with recent state aggression in other countries against shechita and b’rit milah, this lawsuit is anti-Semitism under the guise of lofty social interest. Instead of “animal welfare” or “children’s rights,” the state’s claim is now “equality” and “anti-discrimination.” The bottom line is it’s anti-Semitism in each instance because the government seeks to crush the fulfillment of Judaic values and duties.

Concerning the New York lawsuit, there is also a broader attack against a cornerstone that transcends any religious context: the rights of private property. Simply put, those store owners in Brooklyn could just as well require cowboy boots as prohibit shorts; it’s their business and corresponding right to transact based on these proprietary preferences. As James Madison wrote in The Federalist Papers, “Government is instituted no less for protection of the property, than of the persons of individuals.” As former attorney Rabbi Steven Pruzansky similarly notes in a discussion of the 2005 Supreme Court case Kelo v. City of New London, “It’s well-established that private property…is respected and even celebrated in Torah life.” (See 21:50 here.)

Such protection goes both ways. If wealthy Jew haters want to exclude us from their yacht clubs, it’s both obnoxious and ridiculous to pursue state action against them.

In 2013, America is acutely alienated from these founding principles. “Civil rights” today has become a mechanism by which federal, state, and local governments trample on property rights to further assorted ideological ends. As the legal scholar Richard Epstein has observed vis-a-vis the aftermath of Title VII of the 1964 Civil Rights Act:

In the modern context it [civil rights] has become a term that refers to limits on freedom of  association. It has thus repeated the fundamental official mistake of earlier generations  [imposing segregation, for example] by sanctioning active and extensive government  interference in private markets. Civil rights  quickly assumed an imperial air. It now allows the  state (or some group within the state) to force others to enter into private arrangements that  they would prefer to avoid.

New York’s lawsuit extends this imperial, coercive machinery. “The enemies of the Torah are working overtime,” Rabbi Avigdor Miller zt”l remarks in his perush to the Hovot HaLevavot. Now their hostility masquerades as human rights. Defense of both Torah and American values demands opposition to such tyrannical forces. 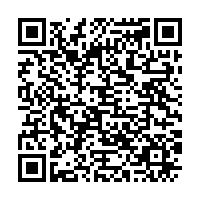