There are books which are small in size but great in content. Like a small bottle filled with fragrant scent. That is the case with the book “From the Edge of the Heavens.” The whole book is constructed with short stories drawn from the life experience of a young freedom fighter who was imprisoned by the KGB.

The story begins with an incredible adventure. Because of the aspiration for freedom, the young man takes part in an attempt to take control of a Russian aircraft. The Russians lay a trap for the freedom fighters and all of them are arrested at the airfield.


From that moment there begin a series of amazing stories about the trials experienced by the freedom fighters.

A young man is called upon to be a hero and he does so joyfully and heroically.

From within the KGB cellars Yosef (for that is the young man’s name) discovers G-d and dedicates his soul to his belief. Thus, from being a freedom fighter he becomes a martyr for his faith.

One amazing story ends and immediately a new one begins. Like a string of pearls threaded expertly.

It is hard to believe that all of this befell a single man. Yosef succeeds in bluffing the warders and smuggles into the top-security prison a Hebrew Bible, a Siddur (prayer book) and also a Tallit (prayer shawl). He prays in a pit dug in the snow and carves in the wall two Shabbat candles and they light for him.

Miracle upon miracle. It is hard to believe that such things really happen and are not the fruit of his imagination. The author’s uniquely picturesque language turn the book into a work of art.

All the story is told with the pure joy of a man who fights for freedom and for humanity with not a trace of hatred or nervousness.

A book about love of life.

And all ends happily. Love triumphs. The hero is released. The Iron Curtain falls. The struggle of the few, filled with a sense of mission and belief in human values, wins freedom for millions of people in the Soviet empire.

Turning the Bad Into Good – It All Depends On You! 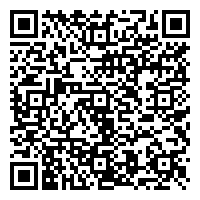