Last night, I saw a post on Facebook that should cause any G-d fearing individual to shudder upon reading it. Recently, a young boy had sustained a head injury (according to some, by being hit in the head with a baseball) and a Rav in their local community made the following suggestion:

Yes, according to this post, the way to ensure this young boys has a refuah shlema is that women should wear a snood or a scarf instead of a sheitel/wig for the next 30 days.

I fully understand the GENERAL idea of people taking an act upon themselves that corresponds to the part of the body wherein someone was injuredת in order to act as a zechut (merit) for the injured. HOWEVER….Why, oh whyת is it always, always, always women who need to make an adjustment to help bring about a refuah for an injured or sick individual??

You might ask yourself: What in the world would a man be able to do that would have a similar efficacious result? As the post says, since the injury was in the head, then zechuyot from various actions by others, in the area of the head, may be able to affect refuah.

So, let’s look at some of the ways a MAN can do something in this situation:

Yes, indeed the permanent, knee-jerk reaction is to tell WOMEN to make a change that may help bring about a refuah for someone sick or for some other ill that plagues a community.

BUT…it is time that the rabbanim look inward and tell their MALE constituency that there is plenty that can be done by them, too!

We can not ever pretend we know how G-d thinks, for His thoughts are not like humans. Yet, we can do our best to bring about different zechuyot (merits) for those in need and in pain. Yes, we can indeed take upon ourselves certain actions that MAY make a difference to another person or group of people. Again, we do not know how G-d works, but as humans and His servants can only do our best.

But there are men and women out there, and BOTH can and should participate in these actions.

Haifa U. Iran Expert: Trump’s Comments on Iran a Step in the Right Direction 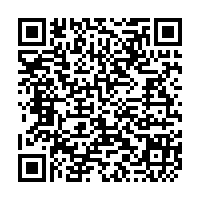