A terrorist stabbed two police officers near the Old City of Jerusalem’s Flower Gate, just after 7:30 AM on Monday.

The terrorist began following the officer from Damascus Gate, walking behind them, and when they got near the Flower Gate he suddenly pulled his knife and stabbed them numerous times.


The wounded policeman managed to pull his gun and shoot the terrorist, a 20-year-old Arab from eastern Jerusalem.

The policeman (45) who was stabbed in the upper body, is listed as moderately wounded, but conscious and stable. He’s being treated at Hadassah Hospital.

The policewoman (38) is in serious condition, with stab wounds to her neck. She is unconscious and on a respirator and being treated at Sharei Tzedeq Hospital.

She is a mother to several children.

The terrorist has been neutralized, but is still alive, though in critical condition.

it appears that the wave of terror that the security personnel thought was behind us, is back in full force. 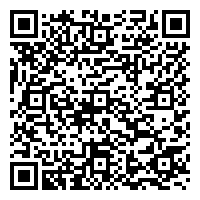