In Festival of Freedom, Rabbi Joseph B. Soloveitchik observes about our liberation from Egypt:

A group cannot be called am [nation] if there is no solidarity. Am is indicative of a readiness to share, a sense of compassion. The Jews were taken out of Egypt and were freed not because of their spiritual grandeur, but simply because they were charitable to one another; there was a feeling of solidarity among them.

Rabbi Soloveitchik goes on to state about solidarity in relation to the Holocaust:

If in the 1940s we had responded to the call for help that came across the ocean from the ghettos in Poland, Lithuania, and the Baltic lands, we might have saved hundreds of thousands of Jews. We did not respond to that call. I thought at the time that the Jewish community was falling apart, that there was no sense of solidarity, of being together, of suffering together. It was a terrible crime on our part…and we have not purged ourselves from the great crime we committed, tolerating the destruction of six million Jews.


As Pesach nears, these words should set our consciences aflame. Today, some of the world’s most inspirational Jews suffer continual persecution and brutality. Masked troops destroy their communities under cover of darkness and jail their children without due process, traumatizing families and empowering the enemies of Am Yisrael.

We should know the name Akiva Hacohen. After this patriot warned Jews in Yehuda and Shomron about planned demolitions of homes, in August 2011 the state expelled him from his home in Yitzhar. Akiva was then jailed for espionage in January 2012.

Subsequently “released” to a house arrest with 24-hour monitoring that in effect also put his family under house arrest, the state further prohibited Akiva from using communication such as a cellular phone and the internet. “All we wanted to do was to guard the Land of Israel,” his wife Ayelet stated. “Unfortunately, this is an anti-Zionist state which abuses Jews who love the Land of Israel.”

Ayelet’s reference to “an anti-Zionist state” is a key point. Zionism means defending Jews and building Eretz Yisrael. People who hurt Jews and surrender Israel to Islamist neo-Nazis are not Zionists, no matter how fluent their Hebrew is.

We should know the names of the bulldozed Torah communities Akiva and Ayelet tried to defend—names like Mitzpe Avichai and Ma’oz Esther and Oz Zion and Ramat Migron.

Where is our solidarity for these oppressed brothers and sisters? Where are the manifestations of collective outrage?

It takes little if any moral courage to say that dead fascists and perpetrators of rocket attacks from Gaza are evil. It is another matter to confront brutality against Jews that is perpetrated by Jews. Denouncing Hitler and Hamas while ignoring Jewish enemies is outrage on the cheap.

In fact, all too often the attitude of Jews in the dati leumi (national religious) camp toward these matters is one of coarseness and evasion. “Now that it’s done, it’s done,” a dati leumi commentator said about the Shalit deal soon after it took place. Another commentator likewise reduced Gush Katif’s destruction to having been “a bad policy.” (I suppose then that England’s expulsion of Jews in 1290 was merely a bad policy.) These statements bring to mind what Rabbi Meir Kahane wrote regarding Mishlei 17:15 and 24:24-25:

[T]hose who fail to rebuke, aid and encourage the wicked to continue, and through their silence or their very timid, tepid and ‘mild’ criticism that fails to stamp the deeds as evil and as wrong, they are in effect labeling them as decent and as acceptable, thus erasing the line between good and evil.

This Pesach, let us take to heart Rabbi Soloveitchik’s words about what solidarity means for Am Yisrael and act accordingly. 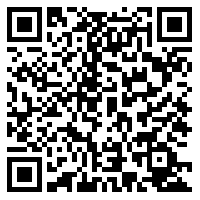