Once again, the Orthodox seat-switching dilemma strikes. Twitterers from all four corners of the Earth offer their opinions and advice to the man who was asked to switch seats. Some say that the lack of secular education is at fault. Others say that the religion itself is to blame. Others say that the Hasidim are a virus in our society. Some say smart things; most say dumb things.

The MSNBC anchor, Christopher Hayes, however, says that it’s the “perfect time to start a good, frank BDS convo.”


When is a good time to “start a good, frank BDS convo?”

(Not that there is ever a good time, but that’s beside the point.)

A “good” time would be when you disagree with a policy of the Israeli government.

A “good” time would be when you see a troubling statistic about Israeli society.

A “good” time would be when you see a video in Haaretz of something that disturbs you.

The indicators of a “good BDS conversation” (if there really is such a thing) are those that display serious criticism of the Israeli government.

A “good, frank BDS convo,” however, cannot be started because Hasidic Jews bother you.

That conversation just cannot be started.

Do you know why?

Because that Hasid has nothing to do with Israel. You are conflating his Jewish existence with the notion that he represents the Jewish State — which he doesn’t — thus giving you the license to boycott the State of Israel because one Jewish dude ticked you off.

No. And if you said so, plainly we would call you a bigot. (Because you would be.)

But when it comes to this one Jew, Christopher Hayes bore the notion that he represents the State of Israel.

No. Not even. He conflated him with the State of Israel, allowing frustration with the man to translate into a “need” for BDS.

This may be jarring for some — but that’s anti-Semitic. If you hold all Jews — any Jews — as representatives of the State of Israel (even when they have no connection to it!), and are using this skewed logic and their unrelated-to-Israel actions to justify a boycott on a nation, you are indeed a bigot.

Of course you wouldn’t.

The Hasidic man probably isn’t even from Israel — yet, he irritated you, and now you get to boycott it?

You, Christopher Hayes, think you can boycott a country because a man (who is probably not from the country you hate) of the same religion of said country is annoying people on a plane?

If so, yes — it is the perfect time for a good, frank, bigoted BDS convo.

Shame on you, Christopher Hayes. 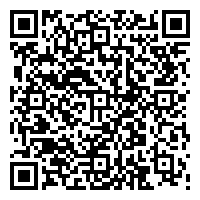