“The safety of the People Shall be the highest law.” — Cicero, The Laws.

It is beginning again. As Hamas terrorists are attacking Israeli civilians with indiscriminate rocket fire, most recently in the southern city of Sderot, Israeli self-defense reactions are already being labeled “excessive” and “disproportionate.” As usual, international public opinion is quickly, if bizarrely, mobilizing against Israel’s underlying supposed “occupation” of Jews living in their own Biblical land.


But what of the facts? In Gaza, since 2005 at least, when every last Jew left, there has been no “occupation.” There are no Israelis in Gaza.

Luis Moreno-Ocampo, Chief Prosecutor at the International Criminal Court, investigated allegations of war crimes during the 2003 invasion of Iraq, and in 2006 published an open letter containing his findings. Included was this section on proportionality:

A crime occurs if there is an intentional attack directed against civilians (principle of distinction) or an attack is launched on a military objective in the knowledge that the incidental civilian injuries would be clearly excessive in relation to the anticipated military advantage (principle of proportionality).[1]

Under no circumstances, at least documented ones, have Israeli retaliations been guilty of any such excess.

Recurrent Hamas rocket attacks upon Israeli noncombatants are, basically, examples of terrorism. Such terrorism – all terrorism, irrespective of so-called “just cause” — represents a distinct crime under international law.

When Palestinian terrorism reflects populations that enthusiastically support terror attacks, and where the terrorists can find hospitable refuge among local populations, the legal responsibility for all ensuing counterterrorist harms lies with the perpetrators.

Understood in terms of a still-ongoing cycle of Palestinian terrorism, and Israeli self-defense against terror, the Palestinian side must accept full legal responsibility for civilian casualties in Gaza. Without their premeditated terror attacks on Israeli civilian populations, there would never be any Israel-inflicted Palestinian harm.

It is that simple.

Under international law, which also happens to be part of the law of the United States,[2] all Palestinian terrorists are hostes humani generis: “Common enemies of humankind.” Significantly, in law, such murderers should be punished severely, wherever they are found. Concerning their prospective arrest and prosecution, jurisdiction is now, after the post-WWII Nuremberg trials and principles, expressly “universal.”

Terrorism, including Palestinian terrorism, is always cruel. In addition to rockets, Palestinian murderers, often using bombs filled with nails, razor blades, and screws dipped in rat poison, seek to maim and burn Israeli civilians. This objective is generally announced with cheers, and abundant blessings from the leading Islamic clergy.

In the recurring indictments offered by Hamas-appointed clergy is the claim that “the Jews lack sanctity.” The lack of distinction here between “Jews” and “Israelis” is intentional. It underscores what most observers still do not seem to understand: For Hamas, the true enemy is identifiable by religion, not territory, and is therefore irremediable.

If the Hamas enemy were merely “the Israelis,” and not “the Jews,” there might still be good reason for seeking a political or diplomatic “peace process.” But for the Palestinians, especially Hamas and its terror-group allies, the enemy is, as expressed in the Hamas Charter, unalterably “the Jews.”[3]

With such an enemy, there can never be a compromise. For “the Jews,” whether in Israel proper, or in “occupied territory,” this means that the only way to avoid Arab terror is to disappear, or submit to Islamic control — supposedly for the Jews once again to become persecuted, second-class dhimmi citizens in their own country, just as the indigenous Christians are now in Egypt and much of the Middle East.

There are additional ironies. Those more-or-less wealthy Palestinian commanders who directly control the suicide-bombers’ mayhem (made wealthy with huge sums of money systematically stolen from UN agency funds), evidently prefer to cower fearfully in their towns and cities, usually taking great care to find personal safety amidst densely-packed Arab populations.

Together with assorted Israel Air Force (IAF) units, special IDF counterterrorism and commando elements meticulously identify and target only terrorist leaders. Always, Israel seeks to minimize any collateral damage. Still, such harm cannot always be avoided even by the IDF, which follows its “Purity of Arms” code more stringently than any other military in the world.

Deception can be legally acceptable in armed conflict, but the Geneva Conventions disallow placement of military assets or personnel in heavily populated civilian areas. To place military assets in heavily populated civilian areas is considered, under international law, “perfidy.” It is widely recognized that these rules are also binding on the basis of customary international law.

Perfidy represents an especially serious violation of the Law of War, one identified as a “grave breach” at Article 147 of Geneva Convention IV, which states that,

Grave breaches to which the preceding Article relates shall be those involving any of the following acts, if committed against persons or property protected by the present Convention: wilful killing, torture or inhuman treatment, including biological experiments, wilfully causing great suffering or serious injury to body or health, unlawful deportation or transfer or unlawful confinement of a protected person, compelling a protected person to serve in the forces of a hostile Power, or wilfully depriving a protected person of the rights of fair and regular trial prescribed in the present Convention, taking of hostages and extensive destruction and appropriation of property, not justified by military necessity and carried out unlawfully and wantonly.

The critical legal effect of perfidy committed by Palestinian terrorist leaders in Gaza is to immunize Israel from any responsibility for any unintended counterterrorist harms done to Arab civilians. Even if Hamas did not deliberately engage in perfidy, any Palestinian-created link between civilians and terrorist activities would grant Israel full legal justification for undertaking all necessary defensive actions.

Under law, all uses of force are governed by established rules. All combatants, including Palestinian insurgents, are bound by the international Law of War. This requirement is found at Article 3, common to the four Geneva Conventions of August 12, 1949, and also at the two protocols to these Conventions.

Protocol I applies humanitarian international law to all conflicts fought for “self-determination,” the stated objective of all Palestinian fighters. A product of the Diplomatic Conference on the Reaffirmation and Development of International Humanitarian Law Applicable in Armed Conflicts (1977), this Protocol brings all irregular forces within the full scope of international law. In this connection, the terms “fighter” and “irregular” are conspicuously generous in describing Palestinian terrorists, fanatical criminals who “normally” target only civilians, and whose characteristic mode of “battle” is not military engagement, but rather what amounts to religious sacrifice.

In the ancient world, the Roman statesman Cicero wrote in The Laws: “The safety of the People Shall be the highest law.”[4] Nothing has really changed. Under current international law, Israel has both the right and the obligation to protect its citizens from criminal acts of terrorism. 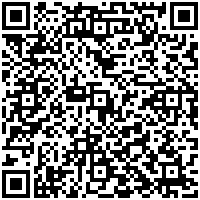