Eitan was also not very active politically until after the elections for the Central Committee in January 2011. It was then that he proposed cancelling primaries in favor having a Central-Committee-like body choose the Likud’s list and announced his candidacy for the presidency of the Likud’s ‘Convention’ (that election, in which Eitan, Danon and Netanyahu were to compete has still never been held). The proposal to cancel primaries alone should be reason enough for Likud members to punish him at the polls. Why should they vote for someone who wants to strip them of their right to vote?

In the previous primaries, both Eitan and Meridor barely made it into the Knesset. They were 16 and 17 on the list, which was at the edge of the national portion of the list, before the demographic and district spots, which began at number 20.

They were also the only Likud faction members to publicly endorse Palestinian statehood aside from the Prime Minister. It’s one thing for the Prime Minister and Party Chairman, who was facing tremendous pressure from the United States, to endorse Palestinian statehood and get a free pass, it’s another for politically inactive MKs, who were not that popular to begin with.

Even if their backing of Palestinian statehood were the reason they lost, that wouldn’t be a case of the Likud shifting rightward, but of the Likud refusing to shift leftward. But again, political inactivity, a lack of sustained campaigning, is more likely the reason for their failure.

But what about the other five Likud MKs who were part of the current faction and the fact that they won’t appear in the next Knesset? What about those Kadima MKs who joined the Likud but did not succeed? What conclusions be drawn about their absence? That will be the subject of tomorrow’s entry. 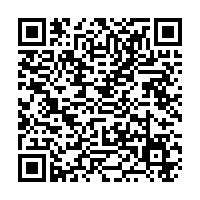