If you needed more proof that Egypt is out to annul the treaty, re-militarize the Sinai, reassert its influence in Gaza and ultimately wage war against us once again, here it is. A video of newly elected and almost all powerful Islamist Egyptian President Mohamed Morsi, calling for violence against the Zionist enemy in 2010, brought to you by MEMRI.

In the video, Morsi forcefully argues, saying that negotiations between Israel and the Palestinians are useless and only help Israel. This “dream” of peace through negotiations is “only an illusion” he says. Instead he calls for violence against Israel.


“Either the (you accept) Zionists and everything they (the Palestinians) want, or else it is war,” he said. Adding, “We should employ all forms of resistance against them. There should be military resistance within the land of Palestine against those criminal Zionists.”

All Muslims and Arabs around the world should assist in this by boycotting Israel in every way, he said. “We must all realize that resistance is the only to liberate the land of Palestine.”

In addition to criminals, Morsi called the “Zionist enemy” “blood suckers who attack the Palestinians”

In another clip, Morsi gives an interview on an Arab, news program where he says “There is no place for them [the Zionists] in the land of Palestine. What they took in 1947-48 constitutes plundering and what they are doing now is a continuation of the plundering.”

And in case there was any doubt as to what he means by Palestine – the whole country or just in the “occupied” territories – Morsi says, “By no means to we recognize the green line, the land of Palestine belongs to the Palestinians, not the Zionists.”

He even regurgitates anti-Semitic slurs saying Zionists/Jews “have been fanning the flames of civil strife where ever they were throughout history. They are hostile by nature

Morsi doesn’t skip a beat throughout the both of the diatribes demonstrating how well versed he is in the anti-Israel rhetoric.

There was a time when this sort of thing was just run of the mill anti-Israel, anti-Semitic bombast. But now the demagogue who was spewing it is the head of othe Middle East’s one-time most powerful country.

As of now, the United States, led by an Islamist-apologist President, is investing heavily in the Brotherhood’s Egypt helping ensure that Egypt returns to its former glory.

The US is continuing aid promised under the Camp David Accords, despite the fact that the ruling party has indicated that it desires to “review” the treaty, is providing a one billion dollar debt cancellation, hundreds of millions in business loans and grants and assisting in getting Egypt billions more from the IMF.

At the same time, Egypt is purchasing advanced submarines from Germany which cost one billion each, while it’s economy continues to be stymied.

When Israel withdrew from Gaza as part of the Disengagement, it did so under the assumption that Egypt was a stable “ally” in the Middle East. Today, Hamas, an offshoot of the Muslim Brotherhood has taken over in Gaza. Egypt is now ruled by the Muslim Brotherhood. Many of its leaders openly speak about reasserting Egyptian sovereignty in Gaza. It is reasserting its influence in Gaza. Now we have proof that Egypt’s new Pharoah is our enemy.

Certainly this is not what Ariel Sharon and all those self-described security hawks who supported the Disengagement intended. With Shakespearean levels of hubris, they took risks with our future on the assumption that they could predict that future, and that they would be able to shape it as they saw fit. They were wrong and we had had to pay and will continue to pay.

At least let this be a lesson to those who want to do the same in Judea and Samaria. 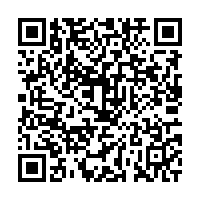