“In this week’s Torah portion [Exodus 1:1-6:1], it says ‘Now there arose a new king over Egypt…’; like then, like today. In Egypt, the regime has been replaced, in Syria the regime is being shaken and this could also happen in the Palestinian Authority areas in Judea and Samaria. Everyone knows that Hamas could take over the Palestinian Authority. It could happen after an agreement, it could happen before an agreement, like it happened in Gaza. Therefore, as opposed to the voices that I have heard recently urging me to run forward, make concessions, [and] withdraw, I think that the diplomatic process must be managed responsibly and sagaciously and not in undue haste. Otherwise a third base for Iranian terrorism will arise here, in the heart of the country. Peace can be achieved only when security is assured. 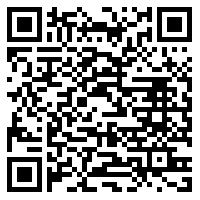