On the night the Likud’s top 35 candidates for the Knesset were announced, the Israeli media immediately came to several conclusions about the Likud, which it did not even attempt to veil: the Likud had decisively shifted rightward, Moshe Feiglin had conquered the Likud, and the Likud could no longer be the true Likud as Benny Begin, Michael Eitan and Dan Meridor, who did not win secure spots on the list. At best these conclusions were sensationalism and at worst Leftist bias.


The Likud’s list today is very similar to what it was in 2008 and the next Likud Knesset faction will be very similar to the current Knesset faction. Of the first 25 spots on the Likud’s list (prior to the merger of the list with Yisrael Beitenu’s) 20 are part of the current Likud Knesset faction. Several more would have been part of the first 25 (like Begin) if not for the fact that the Likud reserves about 15 spots on its list for new candidates, in this case spots 22-37.

True, some new Likud Members of Knesset like Danny Danon, Yariv Levin, Ze’ev Elkin and Tzipi Hotovely who comprise the party’s right flank did much better than expected and it was true that Moshe Feiglin finally earned a secure spot on the party’s list.

But Feiglin ranked only 14th in the primaries. That’s hardly conquering the party. He had already ranked 20th in the 2008 primaries and was only moved down on the list after district and demographic spots were moved up by virtue of an internal Likud court decision which changed the rules of the game after the game was over. So in a way he had already succeeded in the 2008 primaries and was simply re-elected. He is also incredibly active politically and has been for twenty years.

Elkin was previously number 20 on the list, having been elected on the first “oleh spot” (immigrants spot) on the party’s list in 2008. This time he won spot number nine. While Elkin takes pride in the fact that he lives in a caravan in Judea and Samaria he is also very close to Netanyahu. He is currently the coalition/Likud faction chairman. The 21st spot on the Likud’s list for an oleh candidate (not necessarily a “new oleh”) this time around was a safety net for him, having been put in place by Netanyahu.

Levin won in a district spot in 2008 (number 21). This time he ranked 11th. While he is a very trusted friend of settlement-based factions in the Likud, he never publicly challenge Netanyahu. He was also a member of an internal Likud committee and in the Knesset was the chair of the House committee which  controlled the flow of legislation. He was hardly an outsider to the party.

In addition to the more nationalist MKs who succeeded, many others also did well who are not ideological: Silvan Shalom (previously number 7, now number 4) supported the Disengagement. Tzachi HaNegbi was a member of Kadima, now he is number 17. Yisrael Katz (then 11, now 5), Haim Katz (then 14 now 13), Carmel Hashama Cohen (then district spot number 25, now 21) are not considered ideologically motivated Likudniks.

Miri Regev (then 27, now 14) is considered one of those extremist young MKs and she also did well, but my impression of her is that she isn’t very ideological. She was the IDF spokesperson during the Disengagement and a very ideological person would have resigned from such a position when the citizens’ army was turned against about 8,000 citizens in Gaza and the Shomron. My feeling is that she realized after the Central Committee elections in January that the settlement-based groups controlled a large bloc of votes and were well organized, so she made a decision to pander to them.

Many other more middle-of-the-road Ministers ranked high: Gideon Sa’ar and Gilad Erdan were the top vote-getters in 2008 and today, ranking 2nd and 3rd on the list; Moshe Ya’alon ranked eighth in 2008, and now seventh; Yuli Edelstein remained at number 12; Yuval Steinitz and Limor Livnat retained secure spots, despite dropping on the list (Steinitz dropped from nine to 16, and Livnat from 13 to 18). 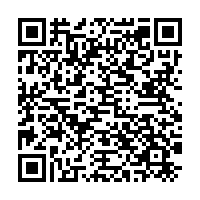