The New York Times ran a story on their frontpage today about the video of Egyptian President Mohammed Morsi released by MEMRI which documented two separate occasions in which Morsi went on long diatribes calling for violence against Israel.

One part of the video, that the Times does not note, nor did any other publications except this one was that, in one of the videos, Morsi says that if Israel won’t give in to every single one of the Palestinian demands, the Arab countries should wage war against Israel.


The JewishPress.com was the first major English language Jewish/Israel news publication to have the story about the video, when I posted an article about it in this blog almost two weeks ago on Thursday night, January 3rd. (Over the weekend other major Jewish publications like Times of Israel and Ynetnews.com picked up the story).

Thankfully, the New York Times did not try to hide the fact that Morsi’s statements “have revealed sharp anti-Semitic and anti-Western sentiments,” though its report focused on the repercussions on his relationship with President Obama.

I predict that it won’t affect Obama’s relationship with Morsi at all. The video only documented what everyone already knew: that Morsi and the Muslim Brotherhood, and most of Egypt it appears, are preparing for a day when they can resume their role as leader of the Arab world and right all the wrongs Israel has allegedly committed, beginning with its very existence.

Despite the attack on Israel’s embassy, and all the talk in Egypt about “reviewing” amending” the Israel-Egypt peace treaty, the U.S. government, under President Obama, is aiding Egypt in rebuilding its military, by continuing U.S. aid, supporting their quest for international loans, providing grants, cancelling $1 billion in debt as Egypt purchases a $1 billion advanced sub from Germany, and upholds its own sale of F-16s to Egypt.

Unfortunately, Israel is hardly in a position to do anything about U.S. aid to Egypt, because if Israel complains, it will be blamed for the deterioration in both Israel-Egypt relations and U.S.-Egypt relations.

This is the time for American friends of Israel and responsible American leaders to put the brakes on U.S. aid to the Egyptian war machine, before Egypt feels confident enough to wage war, destabilize the region and threaten Israel’s existence once again. 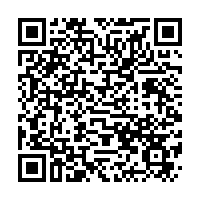