Most people who read this blog know that I am not a big fan of Chasidus as a Hashkafa. As a rationalist, I prefer the intellectual approach to Judaism over the emotional approach. Chasidus’s focus on Kabbalah and the spiritual world has little appeal to a rational mind like mine.

That said, I certainly do not have any issues with Chasidim who seem to gain a lot from their movement and their Rebbe. Although in some cases I have a problem with certain Chasidic movements and their Rebbes, it is for specific reasons based mostly on their overly negative attitude towards the outside world or for example in the case of Chabad with their Meshichism issues. But to be sure I do not have any personal animus with Chasidus as a whole.

Which brings up what to me is a significant event. One for which I applaud a Chasidic Rebbe. Specifically the Kaliver Rebbe. I know nothing about Kaliver Chasidus or its Rebbe. But when a Chasidic Rebbe goes to Yeshiva University and gives a Shiur there in the year 2012, that’s news. And as one can see by the picture above (reproduced from Hirshel Tzig’s blog) that is exactly what happened.

Of course this is not the first time that a great rabbinic figure from the world of Charedim has done this. Back in the pre Holocaust Bernard Revel era, many Gedolim from the Yeshiva world in Europe gave Shiurim there. Dr. Revel always invited them to do so when they visited these shores to raise funds for their Yeshivos. Rav Aharon Kotler who was the Rosh HaYeshiva at Kletzk being one of those.

In fact one such Gadol, R’ Shimon Shkop stayed on to become Rosh HaYeshiva at YU for about a year. I will never forget the picture Rabbi Nehemiah Katz had hanging on his office wall of his Chag Semicha from YU with Rav Shkop in the foreground. Rabbi Katz was R’ Moshe Feinstein’s brother in law (R’ Moshe’s wife was Rabbi Katz’s sister.) It was Rabbi Katz who was largely responsible for bringing R’Moshe to America.

The only European Gadol who refused to set foot into YU was Rav Elchonan Wasserman.

On the Chasidic side of the aisle, I don’t believe any Rebbe of stature ever gave a Shiur in YU. Certianly not the Satmar Rebbe, the Gerrer Rebbe, The Bobover Rebbe, the Vizhnitzer Rebbe, or the Lubavitcher Rebbe (…to name a few of the more prominent ones).

I may be wrong but I don’t think any Charedi Gadol, Rosh HaYeshiva, or Chasidic Rebbe of any kind has set foot in YU since Dr. Revel’s time. That fact is – in my view – one of the more divisive ones in Klal Yisroel – at a time now when Achdus is needed more than ever.

Along comes the Kaliver Rebbe and gives a Shiur to YU students. That tells me that to the Kalvire Rebbe Achdus trumps ideology. Not that this Rebbe has given up on his ideology. I’m sure he hasn’t. He is probably just as opposed to college as he ever was – assuming that his views are the typical Chasidic ones that considers college Assur.

But even though he probably does, he did not let that get in the way of going into YU and giving a Shiur to the students. That my friends is Achdus. He is embracing his fellow Jews. He realizes that there are other Hashkafos – some of which he opposes. But he respects those who have these Hashkafos as B’nei Torah.

Unlike Rav Wasserman he isn’t worried about sending the wrong message – that by going to YU and giving a Shiur there he is somehow endorsing the Hashkafa of Torah U’Mada. All that matters to him is that there are B’nei Torah that want to hear his Divrei Torah.

My hat (Shtreimal?) is off to the Kaliver Rebbe for doing this.

Now if we can get one of the other Chasidic Rebbes to do this (for example – I hear the Satmar Rebbe – R’ Aharon Teitelbaum is a huge Talmud Chacham) we may actually accomplish something big.

But an even bigger accomplishment would be if one of the mainline Roshei Yeshiva would do that. I’m sure that Yeshiva University would be honored to host Rav Matisyahu Salomon, Rav Shmuel Kamenetsky, or Rav Dovid Feinstein for example. I know that they do not agree with the Torah U’Mada Hashkafa. But neither is Yeshiva University an adherent of their Torah Only Hashkafa. 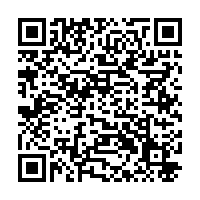