A few weeks ago, I had the pleasure of meeting Rabbi Yaakov Rosenblatt. He impressed me in person the way he impresses me in his writing. Rabbi Rosenblatt is a Charedi Jew who spent many years studying in Lakewood at Beth Medrash Gavoha (BMG). He knows what it’s all about. And he supports the Lakewood ideal of learning Torah L’Shma – for its own sake. Something we should all support, no matter what our Hashkafos are.

He went through the system and no doubt had absorbed the attitudes espoused in those circles about the outside world. Which amount to insulating yourself from external influences as much as possible. Those influences are deemed mostly negative and to be avoided. The addendum to that is that non Jews have views that are anathema to Judaism and are therefore to be avoided as well – as bad influences on us.

But R’ Yaakov’s experiences once he left the cocoon of the Lakewood environment provided him with an entirely different perspective on what non Jews are really like. This is a theme I have touched upon many times. And it is a theme R’ Yaakov has written about before – as he did once again in a recent Jewish Press article. And once again – he is critical of the kind of insularity he sees in his alma mater. His life experiences counter the impression he received as a student in Lakewood and literally ten of thousands – perhaps even hundreds of thousand students get there. The vast majority of whom will likely never leave that cocoon – or if they do enter another one like it.

R’ Yaakov rightly notes a subtle, seemingly innocuous change in the Lakewood of today that did not exist when he was a student there as little as 13 years ago – as a symbol of this mentality. Buildings that were built since his years there have mostly Hebrew with very little English. Older buildings had substantially more English.

Apparently the old guard felt it was important for those outside the confines of its insular world to know what Lakewood is all about. Today, they apparently don’t care. True – R’Yaakov points out – that Lakewood is mostly populated by its Yeshivaleit who can read the Hebrew. But they are not the only ones there. Why, he asks, does Lakewood want to hide what they do from the non Jews?

It is in my view a symptom of their desire to be so insular that they go out of their way to even address the outside world. The message is: We don’t really care about you and your values. And you don’t care about us and our values. Just leave us alone and we‘ll leave you alone.

R’ Yaakov’s point is that once one is outside the Daled Amos of the Yeshiva world one finds that non Jews do care about our values. And we ought not ignore that. As I have said many times – as recently as last Friday, we have an obligation to be a light unto the nations. That means trying to influence our surrounding culture and not simply withdraw from it for insularity purposes. Here is how he puts it:

A connection to God through learning Torah is the pathway afforded to Jews. But is a connection to God something only Jews should experience? If we have a Godly connection and see other people struggling in that regard, should we not share it?

The culture is indeed guided in large part by an entertainment medium that is increasingly distancing itself form the moral precepts of the Torah. A Torah that used to be a part of an America that valued its moral teachings in what is popularly referred to as the Judeo-Christian ethic. That ethic is slowly disappearing – giving way to a more liberal humanistic ethic.

We who value and honor Torah the most by adhering to its Halachic and should not be withdrawing from the world. We should be engaging with it and trying to influence our non Jewish citizens as much as possible to continue valuing ethics and morality that the Torah teaches us to be the right way for all of mankind to live. A morality that is generally contained in the Shiva Mitzvos Bnei Noach. Allowing this country to ‘define deviancy down’ (as the great Patrick Moynihan once said) without any attempt by us to influence it  is done at our own peril.

It’s OK for Sarah Silverman to Wear a Cross

Sarah Silverman to Play Woman of Questionable Morals in Western 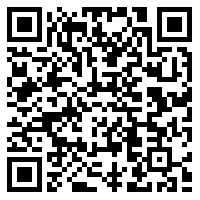