In a September appearance on “Totally Biased,” a less-than-funny FXX interview show with African-American comic wannabe W. Kamau Bell, the princess of circa 1995 outrage Sarah Silverman talked about how cruel are those “roasts” she starts in, where one’s colleagues as well as perfect strangers from the funny industry make fun of every possible aspect your body and soul. It wasn’t particularly interesting, frankly. It’s been a few years since I’ve heard Silverman tell a fresh, truly funny joke. Mostly she’s been busy attacking Republicans and elderly Florida Jews.

The only reason I went to the You Tube clip – which I can’t embed here or even link to, because of a few lines that would surely get me in trouble – was the buildup in the Shifra Unger story at YJN.

Shifra wrote: “Jews are expressing their anger after Jewish celebrity Sarah Silverman was seen on a television interview wearing a gold cross necklace, according to video uploaded to the Internet.”

And she’s right, I’m enclosing here a screen shot that shows SS with the offending cross. But who are those Jewish multitudes Shifra is writing about? Because she didn’t cite even one, singular, solitary Jew other than herself.

See, I was expecting at least the usual suspects: Abe Foxman, Abe Cooper, or at least our own Rabbi Yaakov Rosenblatt, whose open letter to Sarah so enraged her father, Donald, that it brought back his Tourette Syndrome.

But Shifra had none of those. Which, in my opinion, is reason enough to change the headline of her story to “Shifra outraged after Sarah Silverman wears cross necklace during television interview.”

The same Donald Silverman, the raging dad, responding to an item in Heeb magazine, wrote: “I told sarah that her nana (long passed) wanted to know about the cross. Sarah told me to tell nana she’s still a Jew. It came from something she wore on a movie set.”

OK, not my job to tell people you should take off symbols belonging to a religion that used them while burning alive Jews across several continents—that’s what ghostly nanas are for. But her sister, the famous Reform Rabbi Susan Silverman, also added:

“I’m her rabbi sister and called her and asked WTF? She got it, like our dad said, on a recent movie set and she just liked that it pointed to her [popular slang word meaning mammary glands]. Oy. :-)”

That aside, does anyone among our readers feel even a tinge of sadness, much less full blown outrage at the image of this Jewish girl from New Hampshire (I wrote originally ‘upstate New York,’ until Howard Graubard from Brooklyn set me right) with a cross around her neck?

Frankly, the most I’m feeling is a sense of relief. And a kind of twisted national pride: as long as Sarah Silverman kept her somewhat Jewish personality, her material was pretty strong. I liked her outrageous lyrics: “I love you more than bears love honey / I love you more than Jews love money / I love you more than Asians are good at math.” It has racial bias coupled with stereotypes, and in the context of a young girl’s love song it’s funny. But now that Sarah is going Christian, the same stuff comes across kind of antisemitic…

In any event, if Sarah is leaving us – which she has done anyway, a long time ago – it’s all good. The goyim could use a person with a good sense of humor, and we have plenty of ’em to spare.

Somebody tell Shifra Unger ain’t none of us Jews outraged, false alarm. 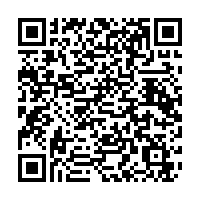