Why is it so difficult for some people to accept that there are more than physical differences between men and women? Why must they do their level best to minimize or even eliminate those differences?  Especially in the realm of religion.

True, men and women have a lot of overlap in the Mitzvos they are required to keep. But it is also true that each gender has its own Mitzvos they are obligated to do which the other is not. Invariably the only women that I hear expressing a desire to serve God with the modalities of men, are feminists. There is no other segment I am aware of that expresses such a desire – as a group.

As I have said many times, I am an old fashioned feminist. But feminism has evolved into something beyond what I believed was its noble purpose. Which was to see women treated with the same dignity as men. And to assure that they are given equal pay for equal work. We still have a long way to go in that department. I only wish that modern day feminists would focus on that rather than on trying to extinguish all but the most obvious physical differences between us. I would be right there with them – as I have always been. I have 3 daughters. 2 of which work in Chinuch and are clearly underpaid for what they do compared with men.

But now it’s about more than equal pay and dignity. It’s about egalitarianism. Feminism has morphed into a movement that wants to eliminate all differences – even in the religious sphere.

I realize of course that many women can and do participate in many of Miztvos in which they are not obligated. With the full blessing of virtually all rabbis from all circles.

I also understand the desire to explore more avenues to express devotion to God. And that the best place to find them is in areas that are already Mitzvos – such as those Mitzvos that are for men. However, that women may choose to do Mitzvos that they are not required to do – does not mean they are free to choose whatever they want. Tradition plays a role.

There are some Mitzvos that with rare exception women have historically never participated in. Those are the ones being sought by the egalitarian spirit of the new feminist. It has become a  cause. A last frontier. A last barrier to break down.

Leah Bieler, author of a Forward article on this subject seems to be one such woman. Of course she does not couch her desires in feminist terms. On the other hand she is very frank about identifying herself as a feminist. It’s hard not to attribute her motives to egalitarian goals.

She has chosen a Talis and Tefillin as her way to serve God. She goes on to explain why the ‘obligation’ to wear a Talis is so meaningful to her (albeit with some reservations). Even though there is no such obligation for women at all. Here is how she puts it:

I’ve prayed with a Jewish prayer shawl, or tallit, for so long that it should be entirely second nature for me, a soft old bathrobe that embraces me and feels like home. And sometimes that’s exactly the sensation I get. But other days, maybe it’s a glance shot my way, maybe it’s something more. Most likely it’s the image floating in my head of what a ‘religious’ Jew looks like. Those days my decidedly feminist self feels masculinized when wrapped in a prayer shawl. I think she’s right to feel awkward. I guess her sense of being uplifted spiritually by it overcomes her sense of awkwardness. But is it really right to desire overcoming something that is socially and traditionally not accepted?

In what is more evidence of feminist influences on her Mitzvah choices – she blames societal sexism and misogyny as the reason women have been denied this Mitzvah! And says that her discomfort in pursuing these Mitzvos is the fact that the image of a person wearing a Talis has always been a man.

One may ask, what is the big deal? Let her do what she wants. Who is she hurting? Didn’t some truly great women in Jewish history wear Tefilin? Yes. They did. But they were individuals unique in history taking upon themselves a custom that was never accepted by Jewish women throughout history. I can’t explain why those great women did it. But I have to question why anyone today would want to do something that is so unaccepted instead of focusing more on those thing which are.

We used to call this the Fruma Yetzer Hara – the ‘religious’ evil inclination. That meant that some people do things that seem to be sourced in religious devotion but in reality it is something entirely different.  In this case I believe it is an unconscious desire to break through yet another ceiling – for the sake of egalitarianism.

I can’t read what is in the heart  of women like Leah that sincerely want to do these kinds of things. But at the same time it’s hard not to generalize when you see that the vast majority of people that are clamoring for this – are feminists who characterize Jewish tradition as sexist and misogynistic.

Sure, we can look the other way as modern day feminists continue to use male modalities because they say it makes them feel more spiritual. One might even argue that it is better to ‘rebel’ by doing Mitzvos than it is by doing Averios. That may be true. But that doesn’t make it OK. It is not OK to flout tradition just because it makes you feel better to wear a piece of clothing religiously mandated for men.

If one feels more spiritual by trampling on tradition, there is something wrong with that. If one is to be honest – feminism is all about obliterating all differences between men and women except for the obvious physical ones. But in Judaism some of those differences are important. Men and women each have their own religious roles to fill.  Blurring lines can impede that. That makes the very idea of egalitarianism with respect to doing God’s will – questionable at best.

Emes Ve-Emunah: The Dignity of Difference

Emes Ve-Emunah: Marrying Out in the 21st Century 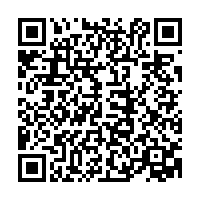