This statement by Agudah Executive Director, Rabbi Dovid Zweibel  should be the beginning and end of a conversation about a proposed law requiring written informed consent to do MbP (Metzitza B’Peh) – oral suction of blood from the wound during a ritual circumcision (Bris Milah).

The controversy continues however. I am not going to rehash the arguments made in previous posts about the danger of a Mohel unknowingly transferring to the infant the sometimes deadly herpes simplex virus (HSV–1) via this method of Metzitza. Nor do I want to debate whether the low statistical probability of MbP justifies continuing a centuries old practice. The statistical chances for infection are indeed very low.

Despite the fact that major Poskim spanning several generations declare that the lack of MbP does not invalidate Bris Milah – some even requiring alternative safer methods – the fact remains that there is a strongly held view mostly among Chasidim that MbP is an absolute requirement of Bris Milah. They even go so far as to say that it is forbidden to substitute other methods like a sterile pipette or gauze to withdraw blood from the wound – that it must be done by mouth!

There is no point in trying to convince them out of this notion.  Much as I would like to, it’s not going to happen. They would do MbP underground if it were outlawed. And my personal opinion is that the government should not be passing laws that interfere with Bris Milah in any way including a ban on MbP. I would rather see our own Poskim banning it or at least discouraging it. But that’s not going to happen either.

The bottom line for me – which I believe to be the most pragmatic approach – is to educate the public about the dangers in an honest fashion and not exaggerate them.  To clearly explain that they do exist and that opting out of MbP will eliminate any possibility – no matter how remote – of a Mohel ever transferring the disease.

But the government does want to get involved in a way, with which I have no issue… a way that may in fact get more people to look toward those Poskim who permit or even encourage more sterile method of MbP.  New York City’s Board of Health is set to vote on a proposal that would require parents to sign a consent form before subjecting their children to it. I think this is a good idea. In this way the government can inform people of the dangers without any actual interference in the practice of MbP itself.

“Unless the city is ready to subpoena mohels or break the doors in of synagogues around the city, I don’t really think they understand what they’re trying to do,” said Michael Tobman, a political consultant who is working as spokesman for a coalition that includes Agudath Israel, the large umbrella group that advocates for ultra-Orthodox organizations, and various Hasidic sects. “This is a community absolutely committed to resisting this ill-considered effort, up to and including civil disobedience.”

As noted – Agudah is helping them out in this cause.  In light of the opening line of this post I cannot understand why they would do this. If there is nothing Halachicly problematic with signing a consent form, why are they opposing it? Rabbi Zweibel has even gone so far as to say that if the law is passed the Agudah Moetzes will not call for outright civil disobedience. In my view they should go further and require all Jews to follow the law of the land. 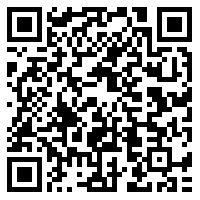