Think of a hybrid, whether it’s one of those ubiquitous bailout-backed vehicles that you see happy families driving around town in bailout-backed commercials or magnificent beasts such as the Liger, the Wolphin or the humble Mule. Hybrids are impressive at times, but they don’t have much of a future.

We no longer have socialism to account for the human cost of capitalism. Capitalism now exists to cover the human cost of socialism. The crude bargain that we have is a free enterprise economy being ridden to death and then sent to the glue factory to pay for all the machinery of socialism. And this mule, this merger of the capitalist horse and the socialist donkey, is staggering around on its last legs.

Both Obama and Paul Ryan agree that the current hybrid system has no future. The debate is over whether America will go back to being a horse or turn into a donkey. The donkey party is slowly breeding out the horse lines to turn the United States into a fully socialist beast. A creature that eats money and excretes bureaucracy with a community organizer on every corner and a propaganda bulletin on every porch.

Anyone with minimal math skills can tote up the figures and see that the way things are is just about done. The hybrid alliance can’t work when there is no longer enough free enterprise money to pay for the enterprise of big government. The dehybridization process has two possible approaches. Either we bid a fond farewell to big government or to the antiquated idea that individuals build things and then profit from them.

The mule has been working hard, but no amount of hard work or hybrid vigor will allow it to work off a debt being accumulated by asses who ride horses to death. The donkey party takes issue with Ann Romney’s horse. It does not like horses because there is something free about them. The horse is breed exceptionalism, its speed is an exhilarating escape that speaks of open plains and unknown frontiers. But the left envisions a nation of donkeys patiently working themselves to death in their traces and then trotting off to the nationalized healthcare glue factory when they can no longer pay their taxes.

Like Animal Farm‘s Boxer, the American workhorse has worked itself to the bone, paying taxes on everything imaginable to subsidize the revolutionary state of the left, its mammoth bureaucracies and the bribes and favors that it doles out to its voting bases. Homes have been lost, lives shattered and families broken up so that America might “live up to” whatever promises the left has made to itself on their behalf. And like Boxer, the American and his way of life, is being taken away in a knacker’s van billed as a trip to the veterinarian.

The left has forcefully accelerated the death throes of the American mule by pushing government spending beyond anything that the horse can cover. That leaves the overworked horse with only two options. It can either become a donkey and be fed and work without any say in what it is fed or how it works, or it can try to break free of the great socialist boneyard.

The one thing that everyone can agree on is that the hybrid system is done. Whatever uneasy truce has existed between American free enterprise and fee enterprise, the pretense of Democratic pols that free enterprise is a blessing to our land, rather than the reason why everyone doesn’t make as much money as everyone else and why children in the ghetto don’t have a 100,000-dollar education, is on the way out. Warren and Obama are trumpeting its death cry. The horse must be butchered so that the donkey party can hand out very expensive free things to all the sheep and then put them to work. 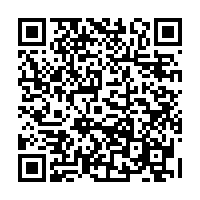