One of the biggest issues that has arisen as a result of the Slifkin controversy is the question of whether Chazal, the sages of the Talmud knew the actuality of nature. There are those who say that they did. They say that every statement recorded in the Gemarah with respect to science is an accurate reflection of nature itself. The science redacted in the Talmud is as valid as the Halacha – both being Mesorah.

There are others who say that Chazal did not know the actuality of nature but knew it only via the best science of their era. Among them are Rishonim like R’ Avraham ben HaRambam.


For many of us who have studied both the Talmud and nature via science at even a minor level the second opinion seems a lot more plausible. There are too many scientifically based statements on nature in the Gemarah that are clearly not accurate.

One of the more famous ones is the idea that lice do not sexually reproduce. This fact impacts on Halacha. One of the 39 forbidden Melachos on Shabbos is Netilas Neshama – killing an animal. The Gemarah explains that it is only forbidden to kill an animal that reproduces sexually. One is however permitted to kill an animal that reproduces asexually . This is the opinion of the Rabbanim (as apposed to R’ Elazar) and this is the Halacha today.

Lice, says the Gemarah, do not reproduce sexually and therefore one is permitted to kill them.

Rav Yitzchok Lamproti (Pachad Yitzchok) was around during the time the microscope was invented. He said that now that we know that lice do sexually reproduce, it is therefore forbidden to kill them on Shabbos. All Achronim argue with him and say that since the Gemarah says it is permitted, it stays permitted in spite of our new knowledge.

What is left unsaid in all of that discussion is the apparent assumption Chazal were mistaken about the actual science. The only question is whether this new information is relevant.

Now it should be said that there are still ways to allow for Chazal to not be mistaken about this. One way is to say that the lice that the Gemarah refers to is not the lice we know of today and that in fact it is that lice which is permitted to kill. The lice that we know of that does sexually reproduce is forbidden to kill.

Another way to look at it is that only lice that one can see with the naked eye sexually reproducing is forbidden. If one needs a microscope to see it, then for Halachic purposes it is still considered asexual reproduction.

But it seems to me that the most logical explanation is to say that they did not know then what we know today simply because they did not have the means to know it. Microscopes had not been invented yet.

Why then did Chazal say that they don’t? I think there is really only one way to interpret it. Chazal simply didn’t know that because they had no way of knowing it in their day. Rav Elyashiv may feels as Rav Eliyahu Dessler did – that even though Chazal were wrong in their explanation, the Halacha was indeed transmitted masoretically and remains in effect.

We may kill lice but for reasons other than those stated in the Gemarah. The point for our purposes being that since Chazal did not have the means to know they made a mistake about the reality of nature in this case. One can conclude that even R’ Elyashiv concedes that microscopes have increased our knowledge of nature beyond that of Chazal. Is there any other way to interpret that? Even if we say that Halacha follows only what we can see with the naked eye, the fact is that what they saw with the naked eye did not reflect reality. 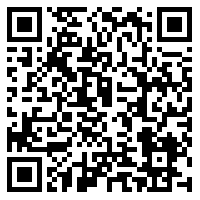