Talia Weisberg is a self described feminist. And yet this young woman from a Modern Orthodox background – having attended a Modern Orthodox coed elementary school – made an odd choice in deciding to attend an ostensibly non feminist Beis Yaakov high school. How, one may ask, does this make any sense at all? No one could ever attend a Beis Yaakov and expect to hear anything about the equality of the sexes.

If feminism is mentioned at all, it is usually to condemn it as an anti Torah ideal. But after 4 years of Beis Yaakov, Talia still calls herself a feminist. Not only does she not condemn Beis Yaakov for being against her ideals, she actually thanks her Beis Yaakov experience in in the Torch – a blog sponsored by JOFA ( Jewish Orthodox Feminist Alliance) that explores gender and religion in the Jewish community. (It is republished in My Jewish Learning.)


How is this possible? Well I think the answer is quite simple really. Feminism is not monolithic. It means different things to different people. As I’ve mentioned many times before, I believe that feminism can be generally broken down into two different categories. One is highly compatible with Orthodox Judaism and the other is quite frankly anathema to it.

If one sees feminism as each sex treating each other with equal dignity, it falls in to the former category of compatibility. If one sees feminism as treating men and women equally in the workplace – as in equal pay for equal work… and an equal chance for career advancement, that too is compatible with Orthodoxy. If one is gender blind to academic achievement, it is compatible. If one sees it as a married couple sharing household duties, sharing child rearing responsibilties equitably, and making important family decisions togther, it is compatible.

However when feminism moves into the realm of Halacha, Hashkafa, and Mesorah, it becomse dicey.And can and often does make it incompatible with Orthodoxy. For example the Egalitarian Minyan (the ten man quorum required for public prayer) requires men and women to be treated equally in the synagogue. That is a feminist ideal that is completely incompatible with Halacha.

Men and women are equally valued by God. But God requires different things of us. Even the most strident Orthodox Jewish feminists would agree that an Egalitarian Minyan (so commonly found in the Conservative Movement) is not Halachicly permissible. You cannot join such a Minyan and call yourself Orthodox. In order for a man to pray at the higher spiritual level of a Minayn in a Shul, women may not be present. An ardent feminist whose values of equality trump everything else including religion would reject this Halacha and insist on mixing the sexes in Shul. But an Orthodox feminist would never dream of it.

The problem lies in the grey area of things which are mandated to men and not to women. Although not mandated to women they are permissible – and in many cases even laudable for women to observe. For example taking the Daled Minim on Sukkos (commonly referred to as Lulav and Esrog). It is a universally practiced Mitzvah by women even though only men are mandated to do so.

At the same time there are such areas that are traditionally and almost universally not practiced by women, but have been increasingly adopted by the left wing of Modern Orthodoxy. Like Partnership Minyanim where a woman may lead certain portions of the service that are not technically considered prayer – like Kabbolas Shabbos. Or ordaining women to serve as rabbis (without giving them the title of rabbi) in Shuls in Halachicly permissible ways- staying behind the Mechiza during prayer. 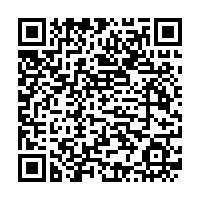