A 41-year-old Jewish mother with a baby in a stroller was struck by a hit-and-run driver Wednesday night as she was picking up two of her children from a school bus after classes at Bais Yaakov Girls’ School.

The incident took place at the corner of Avenue J and New York Avenue in the Midwood section of Brooklyn.

The driver of a white Mercedes simply raced past the school bus stop signs, and slammed into the four children and their mom, and then kept going.

All of the injured are listed in stable condition.

The public is asked to pray for the speedy and complete recovery of Anette Naomi bas Esther and Bracha Esther bas Anette Naomi, two of the five victims.

The car was subsequently recovered shortly after the incident, without its female driver, on Glenwood Road and East 24th Street, police said. 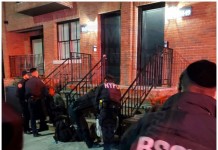 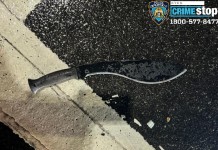