Well, it’s beginning to happen. It seems that my unwelcome (even by me) prediction that Donald Trump will be the next President of the United States is not as remote as many people believe.

Conventional wisdom has long ago ‘left the building.’ The idea that a self-centered, erratic, megalomaniac like Trump would have even the remotest chance of being nominated by a major political party for President of the United States is now the reality of our time.

His comments on a whole host of issues are so repugnant that at any other time in history he would have been laughed out of contention in very short order. The media and just about every political pundit has been relentless. He has been ridiculed extensively by comedians on late night TV. He has been condemned by prominent politicians in his own party. He managed to alienate past Presidents and Presidential candidates of his own political party. Many of whom will be boycotting the Republican National Convention. And even those that have reluctantly endorsed him have vehemently disagreed and even condemned many of his statements and proposed policies. Including Mike Pence, the man he has ostensibly chosen as his running mate.

When I made this prediction I said then that it didn’t seem to matter what Trump said or did. Republican voters voted for him anyway… as if he never said or did anything wrong. This is the mood of the country, or at least a majority of it.

The counter to that was along the lines that it is only unenlightened Neanderthal Republicans that voted for Trump. The general election will include a much smarter electorate that will overcome that voting element.

Well, that is not what is happening. Trump started out well below Clinton in initial polls just after his nomination was assured. But now that Clinton has been proven to be a careless and sloppy liar she is deemed less trustworthy the Trump. Which I believe is the reason for Trump’s recent bump in the polls.

Now many people will say that this bump is temporary. Perhaps. But I wouldn’t bet the farm on it. Sure, Trump will continue to be his unpredictable boorish self. But as I have been saying, that doesn’t seem to matter in this strange political year. What does matter is the impact of radical Islam on the world. And what happened yesterday helps Trump. He does not speak softly and carry a big stick. He roars! His ideas may not be realistic. But this is what a lot of people want to hear right now. They want to hear tougher talk about terrorism – and its Islamic source. A lot tougher than what has been coming out of the administration and the Democratic candidate.

Yesterday in what seems to have become a weekly affair, over 80 people were killed in Nice, France while they were celebrating Bastille Day (France’s equivalent of our Independence Day). Mohmaed Lahouaiej Bouhlel, a  Muslim citizen of France drove a huge truck at high speed into a crowd watching fireworks at a beach. The truck mowed people down in its path. He then exited the truck and started firing a gun at people until he was shot and killed by the police.

Islamic terrorists have managed to murder masses of innocent people in Nice, Paris, Belgium, San Bernardino, Pakistan, Orlando, and Netanya. All in a relatively short span of time.

The response of the administration and Mrs. Clinton is to ignore the ideology and combat the terrorists. As though terrorism is the problem and killing terrorists is the goal. But terrorism is not the problem. It is the means of a radical religious ideology that wants to take over the world by any means necessary. You don’t fight an ideology by killing their adherents that commit these attacks. You have to devise a way to fight the ideology. And the first order of doing business is to identify the source of that ideology. You have to identify the enemy, not only the means they use.

Clearly Islam is what motivates them, even as it is being called a perversion of Islam by many Islamic clerics. It is not a perversion. It is a version. An ancient version that is militant in pursuit of its goals. And more than a few Muslims believe in it. It has been resurrected in our time by radical Muslim clerics. These are religious ideologues that are willing to die for what they believe is a  ‘Kiddush HaShem’ screaming Alahu Achbar! They are not perverted lone wolves but a theological movement where terror is a legitimate tool in seeking a world Islamic Caliphate. Which is the ideology of ISIS, Al Qaida, and every other Islamic Jihadist group.

This is why people like hearing things like banning all Muslims. Even-though most Muslims are not terrorists and in many cases themselves victims of Islamic terror. And even though it is racist and unconstitutional to ban people because of their religion… the American electorate sees Muslim religious fanatics perpetrating violence all over the world inspired by an ideology being promoted worldwide via the web. And they like hearing what Trump is saying – even if they will not publicly say so.

Among the collateral damage from terrorist attacks like this is the boost in Trump’s poll numbers. There is little doubt in my mind that Trump is seen as tougher on terror than Clinton, whose policies are more or less the same as Obama’s. Which is not surprising since she was his Secretary of State.

People want change. The more terrorist attacks we have like this in the world… the more impotence the world seems to  have. This then makes Trump – with all of his flaws – very attractive. What about all that erratic shoot from the hip behavior? What about his diarrhea of the brain? I don’t think the majority of the electorate cares about that anymore. They simply want change and Trump is unquestionably change. An unprecedented one.

Which is why the selection of a Vice Presidential running mate is so important. Because in Trump’s case, he knows deep down that he has no clue about how to govern. He is going to rely more on his VP than George W. Bush did on his VP, Dick Cheney. Which makes his choice of Governor Mike Pence an important one. As a religious Evangelical Christian Pence will solidify the support from the social conservative base of the Republican Party. He also was known as a consensus builder when he was a member of the House of Representatives. He was well liked among his peers and has an even keeled temperament, which is something that Trump doesn’t know the meaning of.

My prediction is that in the next poll, Trump will take the lead. Especially if he can shut up for five minutes! Which he needs to do. He’s already established his bonafides as an attack dog who does not care where the chips may fall. Now it’s time to win over the more level headed voter that is turned off by such disgusting rhetoric. Maybe the soft spoken Pence can accomplish that.

Clinton on the other hand does not have all of Bernie Sanders supporters on board yet. All the enthusiasm he generated during the primaries has dissipated. I’m not sure all the support Bernie got will now accrue to Clinton. She may get most of it. But she needs all of it – and the enthusiasm that goes along with it. I don’t think she will get it. And her negatives are higher than Trump’s!

As far as I am concerned, I will still hold my nose and vote for Hillary. I prefer a continuation of the status quo – as bad as it is – over the uncertainty and possible chaos that will ensue from a Trump Presidency. Either way, God help us all. 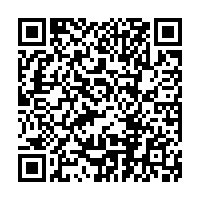