“Rabbi Shmuel Bloom (!) attacking my friend Barry. Gratuitous anecdotes, ad hominem innuendo and no substance. You would think Barry is the sitra achra! In reality, if the Ginzbergs and the Blooms of the world have no more cogent and coherent responses for an oved and mevakesh and a tamim like Barry than to taunt, insult and belittle him, then Charedi Orthodoxy is in deeper trouble than one would have imagined in one’s most negative moments!”
These are not my words. They are the words of Rabbi Yosef Gavriel Bechoffer taken directly from his blog.

I met Rabbi Bloom when he was the Executive Vice President of Agudath Israel (since replaced by Rabbi Chaim Dovid Zweibel) at a wedding a few years ago. He is seemed like a very nice man – a true gentleman. And yet yesterday in a Yated article he spared no words of condemnation against a fellow Charedi Jew who described his pain at the state of Charedi affairs in the world today.


What makes Rabbi Bloom’s condescending condemnation particularly troubling is that he clearly bases it on assumptions about someone he has never met. He seems to  justify doing that by citing the words spoken to him by former Ner Israel Rosh HaYeshiva  Rabbi Yaakov Weinberg from almost fifty years ago. In a reaction to a conversation Rabbi Weinberg had with a state accreditation official he told Rabbi Bloom, “Listen to what he means, not what he says”.How someone is supposed to know that for certain is beyond me. Nevertheless here is the key paragraph where rabbi Bloom really goes off the reservation with respect to bashing someone who Rabbi Bechhofer knows to be a religious man of high integrity; is sincere and pure of heart:

And then, with what some describe as the “Haman complex,” it bothers them to no end when “kol zeh ainenu shoveh leh,” none of this is worth anything to them when the Mordechais of the Moetzes Gedolei HaTorah and the chareidicommunity refuse to bow down to this spirit of kochi ve’otzem yodi – when they refuse to say the tefillah for themedinah or Hallel on Yom Ha’atzmaut or sing Hatikvah.

I cannot think of a more grossly inaccurate reading of Barry Jacobson’s words than this.

Just as Rabbi Ginzberg’s  response was made in defense of Daas Torah, so too was the defense of Daas Torah the motivation behind Rabbi Bloom’s inexcusable attack against Barry Jacobson. I completely agree with Rabbi Bechhofer here. It is as though the minute anyone utters a word of disrespect – no matter how slight – about a rabbinic leader, all sense of proportion, reason, and even sanity  goes out the window. Defenders immediately see red. And out comes comparisons to Haman who, like Hitler, wanted to annihilate the Jewish people. Is this how they really see Barry Jacobson?

This is not to defend any public defamation of a rabbinic leader. I don’t. But based on his own later response to Rabbi Ginzberg I know that defamation was not Mr. Jacobson’s intent. He clarified what he meant and regretted some of his harsh rhetoric. Rabbis Bloom and Ginzberg refuse to grant any legitimacy to the pain that generated the emotional reaction to the events of our day that Mr. Jacobson had!  They will cut him no slack.

This is yet another indicator of the unbelievable wedge between Orthodox Jew and Orthodox Jew that is getting deeper by the moment. That is what pains me most of all. The right wing refuses to see another point of view on these matters. They will only take the position of their Daas Torah and argue it to death without answering legitimate challenges posed by sincere Orthodox Jews outside of the Charedi orbit. And in the case of Mr. Jacobson – even within that orbit. They will put forth all manner of argument to promote their positions and ignore these challenges as though they were never asked.

Which leads me to a recent Cross Currents post by Rabbi Avi Shafran. Although – as I’ve said many times – I am great admirer of his and agree with him on most issues, this is one area in which we disagree. He cannot apparently see just how far off his comparison of the welfare check received by a single mother is to the welfare check received by an able bodied Charedi in Israel

Cindy (Rabbi Shafran’s fictional name for that welfare mother) though no fault of her own needs the money and does not have the ability to work for it. She has no where to go but the government. The threat of having them take it away – even if it is for the good of society as a whole – seems cruel; even abhorrent.

But this in no way reflects the circumstances of  an able bodied Charedi who chooses to learn Torah full time instead of working. He has been indoctrinated to do so practically from birth. And has therefore been kept from preparing for the workplace. This makes Charedi society an institutionalized welfare society. Charedim in Israel are indigent by choice, not by unfortunate circumstance.The compassion that one has for Cindy and her circumstances does not translate well into compassion for the Charedi in Israel and his circumstances.  Charedim are living their ideal (of learning and not working) by choice. No democratic government should be expected to fund that ideal if it is not shared by a large number of its citizens. Cindy is not living her ideal. She is not there by choice. Unfortunate circumstances brought her to this situation. That is where compassion comes in.

Rabbi Shafran also repeats the argument one constantly hears from the Charedi side in opposition to the draft. By their own admission, he says, the IDF doesn’t really need Charedim to serve. Therefore the move to draft them into the military is really a nefarious plan to assimilate the ‘hated’ Charedim into the secular melting pot – disabusing them of their traditions.He bolsters his views – citing with the following comment that one might hear about welfare mothers:

(T)o top things off, there were the relentless media and public assaults on “welfare” single parents like her, the newspaper editorials and talk-show hosts labeling of them as “freeloaders,” “unpatriotic” and even “parasites.”

His point of course is that this unfair attack against Cindy is exactly how Charedim are attacked by Israel’s own newspaper editorials and talk-show hosts.

The problem is that these epithets are not the motives behind opposition to draft exemptions or the unconditional funding of Charedi schools – even if in a moment of heat someone might say something like that. Although I’m sure that there are some people who can’t help seeing them that way, that does not mean that the motivation behind all of this animosity is based on pure hatred.I truly believe that the motivation at least as far as supporting the draft is based on the simple lack of fairness in matters of life or death.

That is really the core issue – and I have not heard a single Charedi respond to the essential unfairness of exempting an entire class of people (Charedim) from being put in harm’s way for non security reasons. (Israeli Arabs are understandably exempt as a class for security reasons).

How does one respond to a bereaved secular or Dati mother who lost a son in combat and who asks a Charedi mother why she has the privilege of never having to worry about that? This question must be answered! Being afraid of a melting pot does not suffice. And the truth is that if that’s the real fear, then Charedim should not oppose the draft but instead insist on an expansion of Nachal Charedi.

I cannot imagine that Rabbi Shafran has not struggled with this issue. But in reflecting the views of his rabbinic leaders he has – to the best f my knowledge – never tried to answer it. The suggestion that Charedim should show a sense of respect, admiration, and gratitude for the sacrifices of secular and Dati soldiers – though important and right – is not an answer. Not that there is all that much gratitude expressed in any case – although there are notable exceptions like Rav Chaim Shmulevitz. Meanwhile the inequities remain. That the army does not need Charedim to serve is not an answer.

Kiruv from Without and from Within 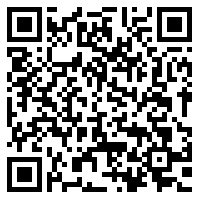