Where have you been, Rabbi Avi Shafran? I guess life gets boring at Cross-Currents, where comments are verboten, so he moved on to blasting YCT on Times of Israel, going from talking about its “True and Tragic Colors: Yeshivat Chovevei Torah is simply not what it claims” to asking the question: “Open ‘Orthodoxy’?” Now, it seems, he’s arrived at a decision, at Haaretz.com, no less: “Be honest: Open Orthodoxy is not Orthodoxy.” I particularly enjoyed this paragraph:

But all those parts, for all their differences in orientation and practice, are unified by a belief system that embraces the Thirteen Principles of Maimonides (based on the broader three of Rav Yosef Albo, derived from the Talmud and other links in the chain of the Oral Tradition – our mesorah). An adherent of the late Lubavitcher Rebbe, a Satmar hasid, a “Litvish” yeshiva graduate and a student of Yeshiva University’s Rabbi Isaac Elchonon Theological Seminary are all are unified by the essence of what the world has called Orthodoxy for generations. But “Open Orthodoxy,” despite its name, has adulterated that essence, and sought to change both Jewish belief and Jewish praxis (as in ordaining women or suggesting that problematic Jewish marriages can simply be retroactively annulled).


See what you’ve done, YCT? You’ve made R. Shafran legitimize RIETS (Rabbi Isaac Elchanan Theological Seminary – Yeshiva University)! But it’s certainly a relief to know that Maimonides and Albo were really saying the same thing, which is just a distillation of “the Talmud and other links in the chain,” and Lubavitch, Satmar, Yeshivish and Yeshiva Universityish “are all are [sic] unified by the essence of what the world has called Orthodoxy for generations.” Thank you so much, The World, for telling us what Orthodoxy is. Otherwise we might have to study this stuff, but R. Shafran assures me that it’s all boilerplate. Just read Ani Maamin, it’ll suffice.

What this does answer for us is whether R. Shafran believes in evolution. Just over the course of October, he’s evolved from challenger to defamer to excommunicator. That may be Lamarckian, but it’s still evolution. I can’t wait for November’s screed, which I’m guessing will be on the NYT op-ed page. Anyone know how to get past the pay-wall?

Search for more information about excommunication at 4torah.com

Kiruv from Without and from Within 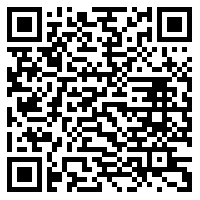