There has been a lot of discussion about the length of convicted pedophile Nechemya Weberman’s 103 year prison sentence. According to an article in the Forward comparisons are being made to the sentence given to Leiby Kletzky’s brutal murderer, Levi Aron, of 40 years in prison.

A lot of people are asking where is the justice in that?


I am not one of those people. In essence Weberman got a life sentence. At age 54, 40 years would have pretty much meant the same thing. I have also heard that the appeals court will often reduce the sentence by half.

It should also be noted that the deranged Levi Aron’s sentence was the result of a plea deal, that spared Leiby’s parents and relatives the ordeal of a trial where they would have had to relive every painful moment of that terrible tragedy. And a plea deal saved the state the expense of a trial.

Weberman, on the other hand continues to proclaim his innocence. Pedophiles are gifted liars that can convince their peers, friends and family of their complete innocence. Fortunately his lies did not convince the jury or the judge. But – his community still believes him.

His trial forced the victim to relive all the painful sexual abuse she endured for over four years at the hands of this monster. And the fact is that she too has a life sentence of untold pain from those memories.

So, no I am not particularly bothered by this harsh sentence. He can still say Tehilim in prison, just as he did during the trial. He will not be having nightmares. Unless they put him together with the general population of those prisons. Prisoners have standards too and they don’t take kindly to pedophiles. Weberman may get a taste of his own medicine there. He can still say Tehilim though.

For me – justice has been served for his victim and hopefully all future victims. Pedophiles ought to take a hard look at what happened here. And victims will now know that if they press charges – sometimes good things happen.

Unfortunately this is not the way certain segments of Orthodoxy will see this. This accomplished liar – with his ‘explanation’ of why his accuser brought these ‘false’ charges against him is still believed. He has convinced most of his peers including their leader that these charges are the result of a vendetta by the accuser who is herself immoral and “Off the Derech.” She should therefore not be believed.

They also fully believe that a Chasid cannot get a fair trial in America anymore. And they have some pretty prominent people saying that – pointing to the 27 year prison term Shalom Rubashkin received for a white collar crime they saw as undeserving of such a harsh sentence. A view corroborated by many distinguished Americans.

This is how they see what happened with Weberman. An innocent man has been convicted because of his beard and peyos. They will point to what they will say is an over the top sentence of 103 years to prove their point. Of course if the sentence were only 27 years (like Rubashkin’s sentence) he would still be in prison until he was in his eighties.

I can’t wait to see how Ami Magazine treats this verdict. It wouldn’t surprise me a bit if they saw it in the way I just described. 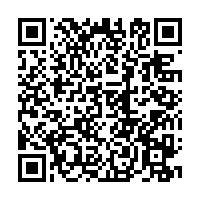