So… how’s it working out for you now that you have become observant?  This is a question to Baalei Teshuva (BTs) that I think may very well be ignored – or at least not as deeply explored as it should be.

There is probably a lot going on in the mind of a Baal Teshuva that is left unsaid – but ought to be. We are our brothers’ keepers. All Jews are responsible for one another.  And we need to evaluate the outreach that has been achieved.  How successful is it really?


Are Baalei Teshuva truly happy with their changes? Are their new lifestyles what they expected them to be? Are they as accepted as they thought they would be? Are there any regrets? Have their lives improved? And is there a negative side to their experience? What kind of guidance do they continue to get – if any?

What about their children? If they were old enough to realize the changes, were they accepting? Were they rebellious? What about the non religious parents or extended family of Baalei Teshuva? To what extent does their change impact that relationship? And to what extent does that cause any regrets – if any? Is there any evidence that there is a greater chance for dysfunction among Baalei Teshuva because of their radical change in lifestyle?

There were 2 very important articles on this subject by two of my favorite people, Jonathan Rosenblum and Rabbi Yitzchok Adlerstein.  Although these articles did not directly deal with these issues, I received the following response to them by a Baal Teshuva who is intimately familiar with them via his profession. His thoughts follow.

I am a BT – a function of both a very traditional South African upbringing and Ohr Somayach and Aish in Israel – where I studied.

While I am forever grateful to the these institutions for discovering a world of depth and meaning through Torah living – my experience since and having lived in many frum communities throughout the world – and my experience in working with the ills and challenges of our community leads me to say that just as the general Chareidi world is going through profound change so too must the the kiruv world.

In a nutshell – the rigid compartmentalization and almost robotic cloning of graduates in one “Torah-True” way of thinking and living – where all other derachim (Hashkafic paths) are rejected at best, has to end.

Otherwise the post Baal Teshuva road which is littered with many tragic and dysfunctional tails of individual and family – will only get more acute.

Suffice to say that this is a very serious but complex issue.  I have always said that to some extent I can understand the approaches of Aish, Ohr Somayach, etc.

They see themselves like intensive care units (ICU) and they don’t know how much time they have with each ‘patient.’ Hence a very strict and regimental prescription. But there are terrible costs to this as well. Yes, in the short-term it may yield more ‘patients’ that look to have been miraculously transformed to profound mental and spiritual health, but in reality – for many the tools/thinking/one-dimensional prism of life that is fostered – are the very seeds that sprout disaster down the line.

From a learning reality devoid of the richness of Torah life diversity (and true individual expression), the challenges of the frum world, to over-night frum packages that include pushed through/suggested marriages with equally naive, just-newly-frum so-called soul mates. To the ludicrous reality – very common – where a Baal Teshuva  woman will rather look for a black-hat Baal Teshuva who only seeks to learn than say a Yeshiva University graduate who is deeply religious and also deeply engaged in the world- in a kosher way and bringing kedusha to the world.

I take major issue in Jonathan’s and the Chareidi world in relation to kiruv whereas Rabbi Alderstein quotes “what potential students look for is authenticity and passion, and these have been lacking in the DL community. Too often, secular Jews see Dati Leumi (DL) Jews as very much like themselves, other than the wearing of a kipah serugah.”

Again while I see great merit in the passion of Chareidi world, there is also a great deal of passion that is solely misguided and solely not Torah. As for authenticity – yes I even always prefer a Rabbi with a beard, but there is so much in Chareidi world that they present as only authentic – which just is not.

It is far easier in life being narrow-minded and narrow focused and driving passion and authenticity. But this also very often yields zealots and extremists. It is far more difficult and yes, maybe less superficially passionate and authentic – when one fuses faith and the modern world – where every day is not just a beating of the Gemera but learning – and by example, effectively managing one’s anger in the workplace.

This is not to say that DL or Modern Orthodox (MO) world has got it right in Kiruv. It hasn’t.  It also needs to do some very clever and creative soul searching in realizing an outreach approach that attracts and inspires the less affiliated. But not by propagating through the tools of the Chareidi camp where is all “black” or white” and is “us or them.”

Here are some more points to ponder:

I do believe this subject warrants a whole book. But let me just end with this. I think it is a very difficult issue as it touches a third rail for many BT’s – even myself. That is – how can one be critical of such institutions when they gave you so much?! What chutzpah! This is not to detract from the incredible work they have done and continue to do.

What I am merely saying is that just as the frum-from-birth Chareidi world is finally reevaluating issues of the value of work, parnassah, contribution to Israeli society, so too the Chareidi kiruv institutions that ‘produce’ BT’s have to realign and reassess how they nurture the frum population of tomorrow. And so too how DL and MO world needs to candidly evaluate what more they can do to play a more prominent and effective role in outreach. Outreach that sans black hat is no less passionate, more authentic, and ever more relevant for tomorrow.

Statement on the Kidnapping by Rabbi Yitzchak Ginsburgh 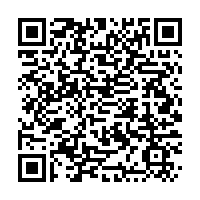