Comedian Bill Cosby has had a monumental career in show business. From the very first time I heard his “Noah” routine, I never stopped laughing at his humor. What is so great about this man is that he knows the truth when he sees it and is not afraid to tell it like it is. He has in fact been criticized by some leaders of the black community for unfairly (according to them) speaking some of that truth.

But that isn’t the only reason he is great. About a year or two before he had his mega hit TV series in the 80s – the board of directors of Arie Crown Hebrew Day School had asked him to do a show for us as one of our fundraisers. He accepted. His fee was reasonable (and affordable for us) but he tacked on a condition that he could get out of his contract with us if something better came along. We agreed.


Shortly thereafter he received an offer to headline a show in Las Vegas that made it impossible for him to do a show for us in Chicago. He took it. But being the Mentch that he is, he promised us a show for next year at the same price.

Sure enough, one year later he gave us one of the funniest comedy performances I have ever attended. I don’t recall an audience laughing so many times or so hard. Arie Crown principal at the time, Rabbi Meir Shapiro, was doubled over with laughter. I don’t think I have ever seen him laugh so hard – before or since.

What was great about that show is that it did not contain any off color humor. Not even scatological humor. It was G rated and as funny as could be. Cosby is known for that. One might think that his standards are not our standards and that what he considered perfectly clean humor would be off color by our standards. Unfortunately Arie Crown had trusted other comedians’ promises to keep things clean. But to our dismay what was clean to them was off color to an Orthodox Jewish crowd.

Bill Cosby’s jokes were funny and clean by even our standards. The year after that comedy show, he went on to his mega successful series on NBC.

But that too is not all. I had never seen the video clip that is currently running on Aish. This was first broadcast on NBC way back in 1971 in an earlier TV series. It shows he truly understands anti-Semitism. And that he was not afraid to demonstrate what he saw as the cause of it on his own show. Thanks to Aish for finding this rare TV Clip and featuring it on their website. 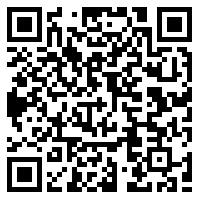