Gaza terrorists attacked the Western Negev with a mortar shell that landed smack in the middle of a small community Wednesday night but miraculously exploded in an open area without causing damage or injuries.

The IDF is investigating why the Color Red early warning system did not sound and give residents the usual advance notice of 20 seconds to scurry to bomb shelters.


Earlier in the day, terrorists launched a mortar shell but it landed inside the Gaza area.

The name of the community targeted in the explosion Wednesday night was not reported for reasons of security except that it was in the Sha’ar HaNegev region, less than a mile from northern Gaza and home to several farming moshavim and kibbutzim.

The IDF is certain to retaliate within hours, but as usual, the targets will be a rocket or mortar shell launching site or perhaps a weapons factory and a smuggling tunnel.

The IDF knows the locations of terrorists but responds only in the case of rocket strike or mortar shelling or a “ticking bomb” plot to attack.

A strong counter-terrorist maneuver, such as invading Gaza or bombing Hamas offices would meet with universal condemnation for a “disproportionate” attack.

And Israel does not want to be disproportionate because it might cause the world to be angry with the Jews. It might mean Israel won’t have the backing of the United Nations and the Obama administration, especially  U.S. Secretary of State John Kerry.

Oh, did someone say Israel does not have that support anyway? No, it can’t be. Kerry says he is pro-Israel, so it must be.

But what happens when, God forbid, the IDF runs out of miracles, and a mortar shell or “primitive” Kassam rocket hits a kindergarten? That happened a couple of years ago, but another miracle happened – the pre-school facility was closed for the day.

But when someone is killed or seriously wounded, and it will happen, then the IDF can be “proportionate” and go after one or two terrorists.

The principle of “proportionate” only applies to Israel. The day is not near when any other country will count how many citizens are killed or wounded by an enemy missile strike before going to war against the attacker.

Israel does not need to nuke Gaza,. The time will come when Gaza will meet its Maker,

The best scenario is one whereby Gaza falls apart with a mini-civil war breaking out between terrorists who will kill each other off until the only ones remaining alive are the poor Arabs who enjoyed a much better life when the Jews were employing them as construction workers in Tel Aviv and farm workers in Gush Katif.

One scenario is another major counter terrorist attack, but that won’t happen until the world gives up on Hamas and puts it money behind the cliché that “Israel has a right to defend itself (but it better not).”

That is not going to happen today. Nor tomorrow. And not next month.

The third scenario, more likely, is a mini counter-offensive in Gaza, with aerial bombing of Hamas targets but without, God forbid, injuring any terrorists, usually described to the gullible and foolish media establishment as people who are handicapped, mentally ill or are small children who actually were playing soccer in a no-go zone near the security fence at Gaza.

And there is the other scenario, the one that is now in place. 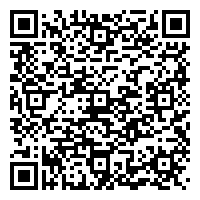