Once a year the entire nation of Israel commemorated the six million that were murdered by the Nazis and their collaborators. At exactly 10:00 am, sirens sound throughout the Jewish State and most of Israel’s citizens (Except the Arabs who deny the Holocaust and some radical Ultra Orthodox Jews who call themselves religious) stood in silence to remember and give respect to those who were murdered, burned, gassed and dehumanized by the Nazis and their collaborators.


Some keep their eyes shut in total silence remembering a family member who was murdered and some whisper a prayer in honor of the six million innocent Jewish souls that were violently ripped from this world.

Most years, I belong to the second group, but this year, I was lost in thought asking myself, why? Why remember?

What is it about that horrible time in Jewish and human history that is so important to remember? My grandmother (Z”L) who survived numerous camps and saved other Jews will never be forgotten by me, so why is it important to have a national memory of such a tragedy? What exactly am I remembering?

Is there someone who actually believes that our memory will prevent another Holocaust from happening? Look around!

Syria is murdering tens of thousands of people by gas and chemical weapons, Russia is conquering Ukraine and let’s not even get started with the amount of people who are being slaughtered throughout Africa!

Has the world learned anything?

My answer is an absolute NOT A THING!

Obama is a joke and has threatened Syria time and time again that if they dare use chemical weapons, the US will be forced to react. Hello? Does Obama watch the news?

Some say that the Holocaust should not be mixed up with politics, I say WRONG! Only when we remember just how low human nature can stoop will one have total political clarity.

It is very important to remember an American President who flew fighter jets over the train tracks that led millions to their death in Auschwitz but refused to bomb them because he didn’t want political “trouble, or the silence of the world as millions of Jews were burned, gassed and shot. These facts gives us total political clarity and reality, Israel will protect itself!

To remember a British leader who met, shook hands and was actually on the brink of signing an agreement with Hitler because he didn’t believe Hitler was a real threat!

And let us not forget our Muslim neighbors who seek “peace” with the Jewish State and claim that all our problems started when the modern day State of Israel was born in 1948.

What do I learn from the Holocaust? I learn that the State of Israel is the ONLY true safe haven for Jews and we cannot trust anyone with our safety, security, military or Jewish survival.

Barack Obama and John Kerry say they are our friends, but they have been pressuring Israel into handing over more parts of the Land of Israel to Muslim occupiers and have recently forced us to to agree to a ceasefire with a fanatic Islamic terrorists organization called HAMAS!

Instead of the US President and Vice president siding with the Jewish State that has the same basic values as the US, they have taken sides with the people who hold the same terrorist ideology that was responsible for the murder of over 3,000 people when they blew up the Twin Towers!

When Abu Mazen signs an agreement with the terrorist organization Hamas, John Kerry blames Israel and warns that if Israel doesn’t make peace (give in to their demands) soon, the Arabs will start killing Jews! Really? Does that sound like a friend to you? To me it sounds like blackmail!

Then Kerry says it was Israel’s refusal to release terrorists as well as the building of houses and kindergartens in JERUSALEM that is to blame for the failed peace process. Of course the fact that Abu Mazen has completely refused to recognize a Jewish State has absolutely nothing to do with it, right John! I am not even going to get started with the Hamas missile fire that the White House said nothing about till Israel reacted!

When I say NEVER AGAIN! I mean it and the time is now! Unfortunately not only is the world ignoring the dangers Israel is facing, Israel’s leaders themselves are ignoring the imminent dangers and are dreaming of signing a “peace” deal with those who idea of peace is war.

Bibi, the Arabs have no right to this land! Can they live here in peace? Yes! The Druze do, The Christians do and yes, there are plenty of Muslim Arabs who just want to live, but the second they talk of a national country within the Land of Israel, it’s time to say it loud and clear, NO WAY!

Read Also: The History Of Palestine 101

The motto ‘NEVER AGAIN’ has nothing to do with the Nazis. They like the Romans, Greeks and the Mussolini’s are all gone.

Never again means we will never again be so naive to believe the world when they say they will do something about the powers of evil, especially when those powers threaten Israel or the Jews!

We now know that even our greatest allies and friends will fly right over our heads and ignore the flames that burn our flesh!

What do I learn from the Holocaust? There is only God to rely on and he is given us back the Land Of Israel as well as the IDF so that NEVER AGAIN will this little boy march to his death with his hands up in the air!

Don’t forget to join me on the IsraelShield Facebook Page as well as on @israel_shield on Twitter  to join the online debates!. We Always Win, We Can’t Afford To Lose! 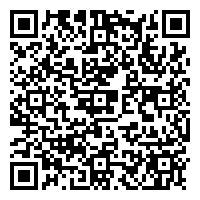