While I am no fan of the two-state solution, I think I have a solution for the Gaza strip. Let me make it perfectly clear that in no way do I believe a Palestinian people, nation or Arab State ever existed in the history of the world and certainly was not occupied by Israel. If you disagree, give a year an Arab Palestine State EVER existed before Israel and I take down this blog!

The West Bank was Jordanian until 1967 and the Gaza Strip was part of Egypt. NEVER were these areas EVER part of an Arab Palestine State of any kind. Furthermore, when all the “territories” in question were under Arab control from 1948-1967, NEVER was there a demand for an independent Arab State till after it was in Israel’s hands. The situation in Gaza was brought about when Arabs decided to vote for Hamas, a terror organization sworn to commit genocide against the Jews, to govern them.

If you want more history on the Gaza Strip Read:

The Facts Abut The Gaza Strip

The foolishness of the Arabs in Gaza for voting Hamas as well as the stupidity of Hamas itself has caused tremendous amount of suffering to Israel as well as those Arabs not looking for war.

Before discussing a solution, let’s define the problem. In Gaza there is a large population of Arabs who, out of national insanity, voted for a terrorists’ organization to govern them. While some still want them in office, I believe there are those who understand it was a HUGE mistake.

Many people think Israel has placed a total siege on Gaza, but the truth is, during the years of the weapons blockade, Gaza opened 3 malls, a 5-star hotel and a water park. What happened to that water park? When it comes to the daily lives of the people in Gaza, Hamas played a major role in terrorizing them. Here is Hamas shooting up a wedding because they didn’t like the music and mixed dancing.

Of course, the recent execution of 24 Gazans who were suspected of collaborating with Israel by Hamas reminded me of ISIS!

Are the people in Gaza still in favor of Hamas? I don’t know! They do not have freedom of speech or freedom to demonstrate and those that do speak up are killed!

What I do know is:

Hamas is a terrorist organization that believes in genocide and  is shooting thousands of missiles at Israel.

Hamas received $1.5 Billion for the people of Gaza and used  the money to buy rockets and dig terror tunnels into Israel.

The situation cannot continue as is.

Hamas Is A Terrorist Organization!

Whether you are pro Israel or pro Arab, Hamas should be a common enemy. We might disagree with settlements or other political issues, but when it comes to Hamas we should ALL be on the same page.

What Can Be Done To Hamas

Israel should completely take over Gaza. Use as many troops needed and warn the civilian population that we are coming in full force. Hamas must be driven out or to their 72 virgins (their choice). Once the IDF is in full control, we should find the moderate voice ( if it exists) and make the terms very simple. We will be in charge of everything and anything that has to do with security including the borders, the sea and the air. Imports from all over the world are welcome but everything that comes near Gaza will be checked by the IDF. 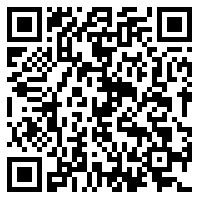