The 6.1 earthquake that jolted northern California in the middle of the night Sunday upended furniture and scattered broken glass at the Napa Valley Chabad Jewish Center.

“It was very violent—not a gentle rolling quake, but more of a jolting traumatic experience that shocked us out of sleep at 3:20 a.m. and lasted for about half a minute, Rabbi Elchonon Tenenbaum told the Chabad website.


The rabbi, his wife and five children were not injured.

Tenenbaum said he waited outside with his neighbors until daybreak before going back into his home and Chabad center, where power had been lost, to survey the damage. Upended furniture and broken glass prevented him from accessing some rooms, including his office. A disaster recovery fund was quickly established for those wanting to help out.

“I went to check up on people in the area and found that they were in a similar situation,” he added. “Their houses are standing, but everything inside has been ruined. Thank God, this happened in the middle of the night when we were in our beds and not in other parts of our homes, where heavy bookcases fell over.”

The Chabad website reported, “Tenenbaum says that waking up in the middle of the night with his children screaming amid violent banging and shaking helped him picture what life must be like on a regular basis for people living in Israel, where Hamas has been firing rockets from Gaza for much of the summer.”

“It is really surreal,” he said. “There are some stores that are functioning as usual, and others have been completely destroyed for now. Some streets are buckled, and others are just fine. Some people have broken water mains or leaking gas pipes, and others do not.”

Many residents in the area, famous for its wineries, are crying over wine spilled from barrels that were broken from the earthquake.

The largest quake to hit the San Francisco area in 25 years, it caused several injuries, including three who are in critical condition, set off fires and knocked out power. 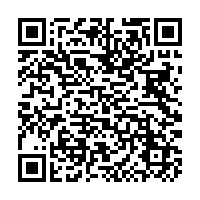