While the Iron Dome system intercepted missiles and IDF robots destroyed terror tunnels, the IDF and the Israel Security Agency (Shin Bet) foiled an attack against Israel website over the Internet. Hackers from around the world planned the attack with the help of Iran on Al-Quds Day, an annual event organized by Iranian leaders against Zionism. T


“There was a direct connection between the progression of the fighting and cyber attacks,” according to Col N., the commander of the IDF’s cyber defense division.

“It wasn’t like this in previous operations,” he added. “For the first time, there was an organized cyber defense effort alongside combat operations in the field. This was a new reality.”

The attack’s massive scale came as a surprise to Israeli forces. At the beginning of the operation, security services and Internet providers identified only a few attempts to commit cyber attacks. They defined pro-Palestinian hackers as independent actors whose attacks were neither sophisticated nor coordinated.

But as the operation continued, Israel’s understanding of the threat evolved. Col. N. said it became clear that pro-Palestinian groups played a role in the attack. “Today, they’re organizing much more quickly, and it takes them much less time to carry out powerful strikes,” he explained. “During Operation Protective Edge, we saw attacks on a greater scale and on a more sophisticated level. A significant amount of thought and investment stood behind the attacks we saw.

“I won’t be surprised if, next time, we meet [terrorists] in the cyber dimension.”

Terrorists could steal top-secret security information, gain remote access to armed drones and use them to attack Israel, seize credit-card information, hack into the Tel Aviv stock exchange, and shut down Israel’s electrical grid. For years, global security experts have warned of a massive attack that would paralyze the state and disable the military.

Col. N warned that radical powers such as Iran, Hamas and Hezbollah are intensifying the cyber threat against Israel. “There is a significant amount of development in the cyber field. This is a field that [these groups] are already involved in … and all of these groups share information.” 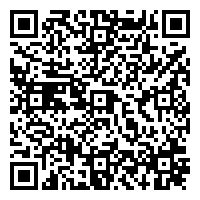