There are two sides to this conflict, one side is trying as hard as it can NOT to target or injure innocent civilians and the other is targeting ONLY innocent civilians. One side has spent $Billions on developing defense systems to keep their citizens safe while the other has spent $Billions on developing offensive weapons and actually puts their citizens in danger.

I am a right wing religious Jewish settler and I HATE seeing pictures of kids in Gaza who are dying or suffering because of this war. I also HATE seeing the poor kids being slaughtered in Syria and in Iraq. In fact I hate seeing any innocent people paying the price of war.


Never do I consider the death of a child or an innocent person something to celebrate and it is this human compassion that Hamas is banking on.

The Israel Arab conflict is a culture war and has nothing to do with land. Take a look at the map below, how can you honestly believe this is about Jewish occupation of Arab land?

The Muslim side has spent years indoctrinating the young to hate and this hate as mentioned in the video below, has nothing to do with Zionism.Instead of bringing up children with the hope and knowledge on how to build their own society, they focus their efforts on teaching children how to destroy another people’s society.

The indoctrination of kids does not end with just TV shows. Hamas runs day camps that brainwash their young that the biggest act of heroism is to…die!

Does this mean Israel can kill 450 children? First of all, I am disgusted by the question. The number of children dead is a perversion of morality. Any child killed in war, even one! is a tragedy. Is Israel aiming for children? Never in the history of Israel have we EVER targeted innocent people and certainly not children! This is truly heartbreaking to see.

How Come So Many Children Are Dying In Gaza? There have 2,000 casualties (based on Hamas numbers)in Gaza with a reported 450 being children. These numbers are not confirmed and according to a long history of exaggerated reports from Arab terrorists in the past, I am not sure I trust this number.

In any case why are ANY children dying in Gaza? Do Muslims Terrorist Groups Use Human Shields? There is a long history of Islamic groups using women and children as shields while they attack their enemies. They know that Israel is very sensitive when it comes innocent casualties.

Don’t they have ANY mercy on their kids?

When a Siren in Israel is sounded, parents rush their kids to bomb shelters and cover them with their own bodies to keep them safe.

You will NEVER see this scene in Israel!

And if there is a security threat to a specific area, you will not see Jewish parents running to that area with their kids in order to put them in danger. This is just horrible!

Israel by no means aims or targets innocent civilians and certainly not children. Hamas however understands just how much we sanctify life and is using their own people as human shields knowing that the more dead, the more Israel is blamed. Here are 3 short videos that were published when the reporters were no longer in danger and far away from Gaza. 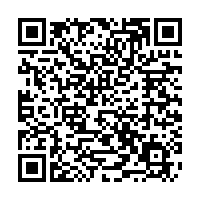